Short for SL by Abbreviationfinder, Sri Lanka is a republic whose president and members of parliament are elected directly by the people with a maximum of five years between seats. The president has great powers of power and is the country’s commander-in-chief and head of state. Politics has been dominated by the Left Party of Sri Lanka’s Freedom Party (SLFP) and the right-wing United National Party (UNP) since independence in 1948.

The president appoints the government and can dismiss ministers. They can hold optional ministerial posts themselves. The President may call for a referendum to support proposals rejected by Parliament. The President can also dissolve Parliament, but according to a constitutional change from 2015, Parliament must first have been sitting for 4.5 years.

Another constitutional change from 2015 means that a person can hold the presidential office for a maximum of two terms of office instead of, as previously, an unlimited number of periods. The 2015 constitutional amendments also deprived the president of the right to appoint persons within the judiciary, the police, the electoral authority and the state administration.

The Legislative Parliament has 225 members elected through a proportional electoral system. Parliament has the opportunity to dismiss the government through a vote of no confidence. Additions and amendments to the Constitution can be made by a two-thirds majority in Parliament.

Presidential and parliamentary elections are held at least every five years; choices can be made earlier. The voting age is 18 years.

Sri Lanka is divided into nine provinces with each elected parliament and one government. However, the highest executive in each province is the governor appointed by the central government. At the level below the provinces, there are 25 districts governed by a designated district secretary.

The provinces were created by an addition to the Constitution in 1987. The background was the Tamil minority’s demand for self-government in the Tamil-dominated areas of the north and east. According to the supplement, the provinces should, among other things, be in charge of education, agriculture, land issues, health care and internal law and order. In reality, self-control is extremely cut. In fact, provincial parliaments have no legislative power in any of these areas because national laws override provincial laws. In addition, the provincial governments are largely dependent on the central government for their budgets.

The government of the Northern Province has a hard time asserting its rights. There, the military has ruled since the end of the war in May 2009. Despite the Tamil National Alliance’s (TNA) superior victory in the provincial elections in 2013, the military continues to control many social functions there.

The left-wing party SLFP and the right-wing UNP have changed over the years through the government. As a rule, they have had to form alliances with smaller parties to achieve a majority in Parliament.

Sri Lanka’s Freedom Party (SLFP) was founded in the 1950s. The party then called itself socialist, but it now stands for political diversity and market economy. SLFP was long dominated by the Bandaranaike family. Since the founding of Solomon Bandaranaike in 1959, the party was led by his widow Sirimavo Bandaranaike. Their daughter Chandrika Kumaratunga was president from 1994-2005. Her successor Mahinda Rajapaksa was re-elected as president in 2010, but saw herself beaten by party-mate Maithripala Sirisena in the 2015 presidential election.

The United National Party (United National Party, UNP) was founded in 1946 and was the country’s first government party. It later remained in power for 17 years from 1977 to 1994. UNP was led by the Senanayake family for many years and has had strong support within the country’s business community. Between the end of the war in 2009 and the change of power in 2015, the party lost ground, but it returned to office after giving the challenger Sirisena from SLFP his support in the 2015 presidential election. The UNP-led government resigned in 2019.

Both UNP and SLFP have their voter base among the Sinhalese. The UNP has often dealt with the issue of minority rights with greater caution than SLFP, which has a more singular nationalist image. SLFP came to power for the first time in 1956 by demanding that Sinhalese be the only official language, which triggered major protests among the Tamils. According to some observers, the weakened position of the UNP between 2005 and 2015 was due to the fact that leader Ranil Wickremasinghe wanted to proceed with peace talks to resolve the conflict with the guerrilla Tamil Eelam Liberation Tigers (LTTE). President Rajapaksa instead chose confrontation and in May 2009 LTTE was declared defeated.

The left-wing Sinhalese nationalist party People’s Liberation Front (Janatha Vimukthi Peramuna, JVP) is now an established force in parliament, despite a violent past (see Modern History). JVP was a founding member of UPFA but broke out already the following year.

Since 2001, the UNP has been leading the United National Front (UNF) party alliance, which includes, among other things, Tamil and Muslim small parties.

The Tamil National Alliance (TNA) brings together several parties advocating increased Tamil autonomy in Northern and Eastern Sri Lanka. Earlier, the party struggled for independence for the Tamils, but that demand was abandoned after the end of the civil war. TNA was considered to be close to the Tamil guerrilla LTTE during the war. 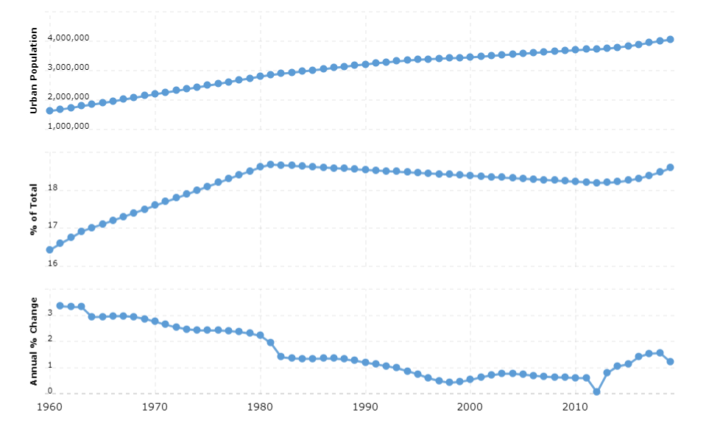