In Qatar, almost all power lies with the emir and his family, Al Thani, who has dominated the country for nearly 150 years. A new constitution from 2005 certainly gives some power to a parliament, where 30 out of 45 members are to be elected in general elections, but no such elections have been held yet.

Political parties are banned and no real opposition seems to exist. The emir, however, invests large resources on welfare, education and more – and thus a certain modernization of society takes place. Women have the same political rights as men on paper.

Short for QA by Abbreviationfinder, Qatar got its first written constitution in 2005 – until then a provisional constitution from 1970 had applied which gave the country’s ruler, the emir, unlimited power.

The new constitution separates the executive, judicial and legislative powers. It also gives the country’s advisory assembly, majlis al-shura, a certain influence over the legislation. Majlis al-shura today consists of 35 members, all appointed by the emir. According to the constitution, it is to be replaced by a new national assembly of 45 members, 15 of whom will be appointed by the emir, while 30 will be elected in general elections every four years. The idea was that the first elections for the new congregation would be held immediately after the constitution came into force, but the election has been postponed constantly. Among the members appointed by the emir in 2017 were four women.

However, elections have been held since 1999, to another advisory assembly with influence over, among other things, agricultural policy and municipal issues. In these elections, women also have the right to vote and to stand as candidates. In the fifth election, 2015, there were two women among the total 29 members elected. Both retained their seats when elections were held in 2019.

Qatar is divided into seven municipalities.

The Al Thani family, which has dominated Qatar for nearly 150 years (formally governed since independence in 1971), is by far the country’s strongest political force. The Emir makes all important decisions after consulting other family members. More routine administrative decisions are made by the government, the Council of Ministers, whose members are appointed by the emir. Ministerial posts and higher positions go almost exclusively to relatives and supporters of the clan. Over the years, the family has become known as an authoritarian, but it has also effectively invested considerable resources in expanding the welfare system. Other influential clans in Qatar are all loyal to Al Thani, whose position so far seems unharmed. Although the Constitution gives Parliament the right to stop legislative proposals from the government and propose their own laws,

There is hardly any political opposition – in that case it would come from within the clan. No political parties are allowed, as they are considered to run counter to the traditional clan society. However, the new constitution provides for freedom of speech, freedom of religion and the right to organize as long as it is not political. Women are given the same rights as men, for example, the right to vote and the right to run for election. 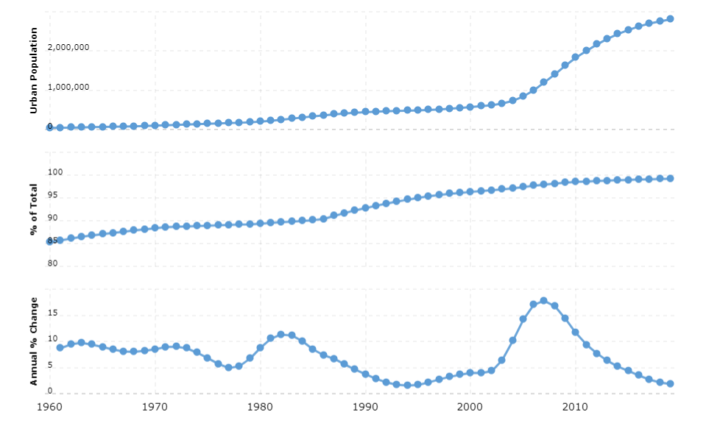 Qatar wins the rights to host the 2022 Soccer World Cup. The country had already organized major sporting events, which some analysts believe is a sign of Qatar’s desire to show its “soft power” in the region. However, the choice of Qatar is controversial, as the heat may be a nuisance for both players and spectators. It is also rumored that Qatar has been bribing delegates in the Fifa International Football Association to organize the event.