Short for PH by Abbreviationfinder, the Philippines has a democratic government. The Constitution gives the President great power. The political parties are weak and in practice both politics and the economy are dominated by a small elite. Corruption is a major problem, both in politics and the judiciary.

The 1987 Constitution is based on the American system where power is shared between executive, legislative and judicial bodies. It guarantees freedom of expression, organization and religion and contains several paragraphs to prevent abuses similar to those committed under Ferdinand Marco’s rule 1965–1986 (see Modern History).

The President is both Head of State and Government as well as Commander-in-Chief. He / she is elected for six years and can only sit for a term of office. The Vice President is also elected directly in national elections.

The legislative power is exercised by the two chambers of Congress: the Senate and the House of Representatives. The 24 senators may be elected for a maximum of two terms of office in six years. The election of twelve members of the Senate is held every three years. All important agreements and international agreements must be approved by at least two-thirds of the Senate.

The number of seats in the House of Representatives may vary. After the 2019 election, the Chamber had 304 members. 238 of them are elected in one-man constituencies in general elections every three years and may sit for a maximum of three consecutive terms of office. Other members are elected from party lists to guarantee representation for various minorities. Members must have reached the age of 25. Since 2006, Filipinos living abroad have been allowed to vote. The voting age is 18 years.

The President has great power. They have the right to call for state of emergency in situations of national crisis and can also veto a bill. The veto can be lifted with the support of two-thirds of Congress members. An equal share of votes is needed to change the constitution.

President Rodrigo Duterte has announced plans to rewrite the Constitution and transform the Philippines into a federal state (see Current Policy). There have been fears that he also plans to try to push through a change that will allow the president to run for re-election.

The members of the Electoral Commission, Comelec, are appointed by the President. Since the 2010 election, voting is done via a new automated voting system, which will reduce the risk of cheating and speed up voting.

The Philippines is divided into 79 provinces governed by governors appointed in general elections. The larger cities and 1500 municipalities are governed by the city and municipal councils under the leadership of a mayor.

Cordillera at Luzon also has an independent region status.

Everyone who held a public office must publicly disclose what financial assets he / she has. This also applies to real spouses and children who still live at home.

Since 1991, no foreign military bases in Philippine territory have been allowed. The ban has been loosened in recent years, when the United States assists the Philippines in the fight against militant Islamist movements (see Foreign Policy and Defense).

The political parties most function as a campaign organization around one of the candidates in the presidential elections. The ideological differences between them are small and for members, personal loyalties play a greater role than party politics. After the elections, many opposition members usually join the ruling party, while many resign or form new parties as the next election approaches.

Large landlords often dominate entire provinces and buy the votes of small farmers and farmers in the elections. The electoral movements are often bordered by violence. Behind the violence are usually local conflicts or contradictions between different clans.

The fact that two presidents, Marcos and Joseph Estrada, have been ousted after popular protests in 1986 and 2001, respectively, has not in any significant way disrupted the power relations in society. It is basically the same political and economic elite that governs even if the individuals have been replaced.

Benigno “Noynoy” Aquino III, who was president from 2010 to 2016, belongs, as does Representative Arroyo one of the country’s leading families (see Modern History). His father led the opposition to Ferdinand Marco’s rule and his mother Corazon Aquino was the country’s president from 1986 to 1992. Gloria Macapagal-Arroyo, president 2001-2010, is the daughter of a former president. The Marcos family still has a strong influence. Former President Joseph Estrada, who was ousted in 2001, has returned to politics, despite being formally banned from being politically active when he was pardoned for corruption (see Modern History). In 2013, he was elected mayor of Manila. Among the politicians there are also many movie and TV stars.

The Catholic Church and the business community (including the Makati Business Club) also have great political influence, as does the military. Corruption is a problem in both politics and business.

However, the May 2016 presidential election was won by a candidate who does not have his roots in the traditional elite: Rodrigo Duterte, who had previously been mayor of the city of Davao in Mindanao (see Current Politics). Duterte, however, has good contacts with the Marcos family,

Duterte was nominated as a candidate for Partido Demokratiko Pilipino-Lakas ng Bayan (PDP-Laban), which has its roots in the party formed in 1983 by Benigno Aquino’s father. PDP-Laban was part of an opposition alliance, the Coalition for Change, which also consisted of the Nationalist Party (Partido Nacionalista, NP), Nationalist People’s Coalition (Nationalist People’s Coalition, NPC), National Unity Party (National Unity Party, NUP) and several smaller parties. Several of the parties had previously been part of Aquino’s alliance Team PNoy.

In 2009, the Lakas Party merged with Arroyo’s Free Filipino Alliance (Kampi) to form Lakas-Kampi Christians and Muslim Democrats (Lakas Kampi CMD). 2011 collapsed, when many of Kampi’s members left the alliance to form the RIP. The following year, the rest of the alliance took back its former name Lakas-CMD.

People’s Reform Party (PRP) was founded in 1991 by Miriam Defensor Santiago. It is now led by her widow, Narcisco Santiago, who since 2017 is one of Duterte’s financial advisors, a position he also held during Arroyo’s reign from 2004 to 2010.

There are also some small left parties, including the People First (Bayan Muna). Since the 1980s, several strong popular movements and voluntary organizations have also been formed with involvement in issues such as the environment, human rights and social justice. Demonstrations are common.

The Maoist Philippines Communist Party (CPP) and its Armed Branch The New People’s Army (NPA) was formed in the late 1960s and has since waged an armed struggle against the government. They are part of the umbrella organization National Democratic Front (NDF). Both CPP and NPA and NDF have over the years split into several factions (see also Leftist uprising). 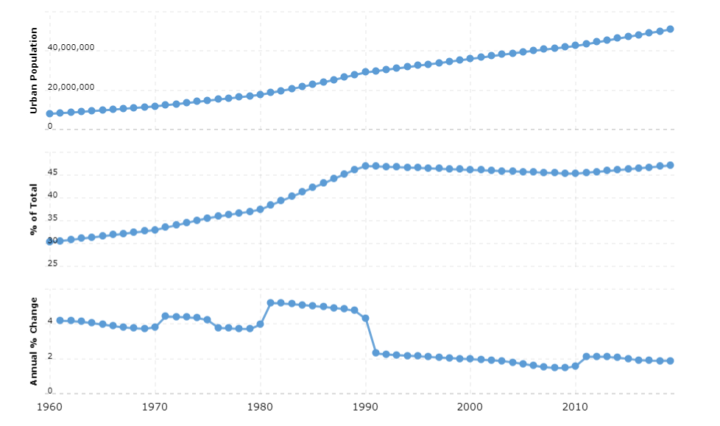