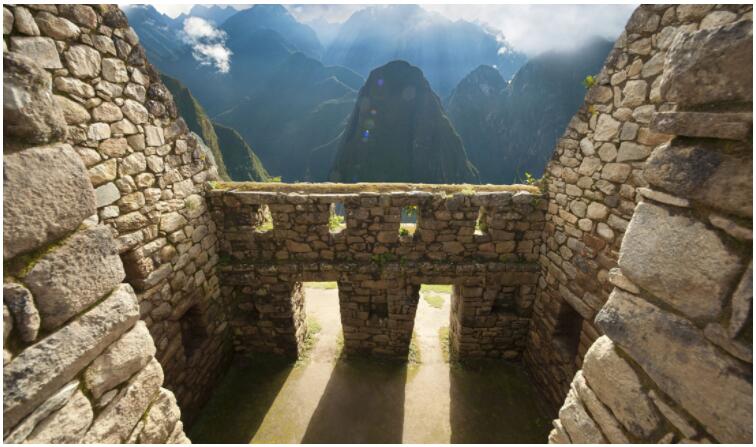 Join us on a journey that takes you to the exciting cultural countries of Peru, Bolivia and Chile! During the tour you will experience some of South America’s most amazing landscapes and see places such as the Andes, Lake Titicaca and the world’s largest salt plain Salar de Uyuni. The trip includes the main sights of Peru, Bolivia and Chile, including many world heritage sites such as the mythical ruined city of Machu Picchu. During the trip you get unique nature experiences and get to know more about the history, culture and architecture of the ancient Inca Empire, but also get a good insight into South America today. 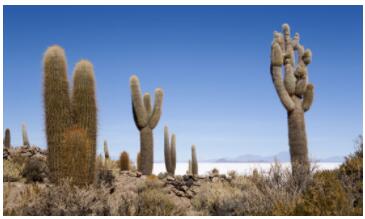 Day 1: Flight to Lima
Upon arrival in the Peruvian capital Lima, we are met by our local guide and go to the hotel for a welcome drink and check-in. Overnight in Lima. Meals are included on board the long-haul flight.

Day 2: Lima
After breakfast, a guided city tour of the capital of Peru awaits, during which we get to experience both the old city center with its beautiful colonial architecture and the more modern neighborhoods of the city. Among other things, we visit the San Francisco convent with its spectacular catacombs where skulls and bones are neatly arranged in geometric patterns. Then we head to the Larco Museum with its world-famous exhibitions of art and utility objects from the pre-Columbian Indian cultures. Overnight in Lima. (Breakfast and lunch.)

Day 3: Lima – Cuzco – Urubamba Valley (Sacred Valley of the Inca)
After breakfast we fly to the ancient Inca capital Cuzco which was also the religious center of the Inca Empire. From here we travel to the city of Pisac which is known for its Inca ruins and its colorful market which offers a rich selection of handicrafts and textiles. After visiting the market, we continue to Ollantaytambo with its fantastic remains from the Inca period, which even today gives a good picture of what a caste looked like thanks to the town’s well-preserved architecture and numerous ancient remains. The city, which is still inhabited today, is a fine example of the Inca people’s ingenious urban planning with canals and irrigation systems. We also visit the city’s old fortifications, which are one of Ollantaytambo’s main attractions. From the ruins on the hill you get a nice view of the sacred valley of the Inca Empire. Overnight in Urubamba Valley. (Breakfast and lunch.)

Day 4: Urubamba Valley – Machu Picchu – Cusco
After breakfast we head to the station in Ollantaytambo before the train journey with the Vistadome which through the large windows offers panoramic views of the beautiful Peruvian landscape. We travel in 1st class to Aguas Calientes (Machu Picchu Pueblo) and from there on by bus to the entrance to the ruined city of Machu Picchu, located on a ridge high up in the Andes. After the abandonment of Machu Picchu, the area was covered with dense vegetation and when the amazing ruined city was rediscovered in the early 20th century, it became a world sensation. Machu Picchu is a UNESCO World Heritage Site and is considered one of the “Seven New Wonders of the World”. After a guided tour of the ruined city, we take the Vistadome to Cusco where we stay in a hotel in the city’s historic center and within walking distance of the Plaza de Armas, a UNESCO World Heritage Site. Nearby you will find many nice restaurants. Overnight in Cusco. (Breakfast and lunch.)

Day 5: Cusco
After breakfast we go on a city tour in the old Inca capital Cuzco during which we get to see the city’s 17th century cathedral and what remains of the Temple of the Sun. The Temple of the Sun was built in the 15th century and was the holiest and most magnificent temple in the Inca Empire before being demolished by invading conquistadors. Just outside Cuzco, we also visit the ruins of the Sacsayhuaman Fortress that served as a defense against the warlike tribes that threatened the Inca Empire. During the day we also see the ruins of the Qenqo Temple, the Puka Pukara Fortress and Tambomachay. In Tambomachay you will find complicated canal systems and artificial waterfalls, but it is not yet clear what the place was for any function in the Inca Empire. Overnight in Cuzco. (Breakfast and lunch.)

Day 6: Cusco – Puno
After breakfast we board our comfortable tourist bus to travel through the Peruvian countryside towards the city of Puno on Lake Titicaca (about ten hours). During the trip we stop at sights such as the beautiful 16th century church in the village of Andahuaylillas and the fascinating archeological site Raqchi. We also stop at La Raya at an altitude of 4,335 meters above sea level and make a short stop at the archeological site of Pukara before arriving at our hotel. Overnight in Puno. (Breakfast and lunch.)

Day 7: Lake Titicaca
We start the day with a boat trip to the island of Taquile in Lake Titicaca, which forms the border between Peru and Bolivia and extends over an area of ​​7,998 square kilometers. The island of Taquile is populated by Aymara Indians who are famous for their traditionally hand-woven textiles of very high quality. After a short walk to the main village we have lunch and you get some time to explore the surroundings on your own. In the afternoon we continue to Llachon on the Capachica Peninsula where we visit a small community and learn how to prepare the traditional dish pachamanca. During the day trip we also pay a visit to the Uro Indians who live on “floating islands” made of reeds. Overnight in Puno. (Breakfast, lunch and dinner.)

Day 8: Lake Titicaca
In the early morning we take the land road to the city of Copacabana in Bolivia where we board our catamaran cruise ship for a relaxing trip on the blue waters of Lake Titicaca. We disembark on the island of Isla del Sol, where, according to legend, the first Inca ruler appeared from a cliff. On the island we visit the delightful Inca garden and the museum complex Complejo Cultural Inti Wata where we get to learn more about the history of the Inca Indians, culture, medicine, agriculture and handicraft traditions. During the day we also visit the ruin of the Inca Palace Pilkokaina before returning to our cruise ship for buffet lunch on board and continued journey to port. Once ashore, we take a bus to today’s final destination La Paz. Overnight in La Paz. (Breakfast, lunch and dinner.)

Day 9: La Paz
La Paz (2,800 m) is Bolivia’s commercial and administrative center and in practice the country’s capital (formally, however, the smaller city of Sucre is the constitutional and historic capital). In La Paz we do a city tour during which we visit the Mercados de las Brujas (“Witch Market”) where traditional medicines and ceremonial objects are for sale. We also take a look at the street market with traditional crafts along Calle Sagarna and continue to the beautiful church Inglesa de San Francisco. After that, Plaza Murillo awaits, where you will find the Presidential Palace, the National Congress and the city’s cathedral. During the day we also visit the excellent ethnographic museum Museo de ethnografia y folklore and the lookout point Mirador Killi Killi from where you get a glorious view of the city and the surrounding landscape. In the afternoon we also visit Valle de la Luna, a canyon just outside the city that offers a barren but fantastically beautiful and dramatic mountain landscape carved out by the erosion. We end the day by riding the city’s modern cable car from where you get a fantastic view of the surroundings. Overnight in La Paz. (Breakfast.)

Day 10: La Paz – Uyuni
Transfer to the airport before the flight to the resort of Uyuni which is located on the edge of the world’s largest salt plain Salar de Uyuni. From here we travel through a sea of ​​salt to Isla Incahuasi – a rocky “island” on the salt flats where you will find giant cacti and beautiful rock formations. Between December and March, the salt flats are covered with water that forms a mirror-shiny surface that reflects the sky above. Overnight in Luna Salada. (Breakfast and lunch at a restaurant or picnic.)

Day 11: Colchani – San Pedro de Quemes
After breakfast we head to the smaller community of San Pedro de Quemes. On the way we get a nice view over the volcano Ollague and pass Valle De Rocas (“Rock Valley”) with its fantastic rock formations. We see the mining town of San Cristóbal and pass the magical villages in the barren landscape before reaching San Pedro Quemes. Overnight in San Pedro Quemes. (Breakfast and lunch at restaurant or lunch box.)

Day 12: San Pedro De Quemes – Ojo de Perdiz
The day begins with a visit to the geysers in the volcanically active area Sol de Manana (4,852 m above sea level), the red saltwater lagoon Laguna Colorada, the white lagoon Laguna Blanca and the spectacular desert area Desierto Salvador Dalí. The desert is named after the famous surrealist because the desert landscape is reminiscent of some of his most famous paintings. We end with a visit to the hot springs Aguas Termales de Polques before arriving at Ojo de Perdiz. (Breakfast, lunch at a restaurant or lunchbox.)

Day 14: San Pedro de Atacama
We head early in the morning to the beautiful geyser area El Tatio (4,264 m above sea level), surrounded by the snow-capped peaks of the Andes. After we have seen the hot water fountains and admired the landscape, a buffet breakfast awaits. Anyone who wants to take the opportunity to take a dip in the hot springs nearby. During the return trip to San Pedro, those who want to take a walk along the Río Puripica can go through a beautiful valley lined with cacti. In the afternoon we head towards the Cordillera de la Sal (“Salt Mountains”) and visit the Valle de la Muerte, a desert area famous for its spectacular dunes and admire the strange rock formations As Tres Marias. In the late afternoon we climb a high sand dune in the fantastically beautiful valley Valle de la Luna, famous for its eroded salt rock formations, to see how the sun goes down over the Andes. Overnight in San Pedro. (Breakfast.)

Day 15: San Pedro de Atacama – Santiago de Chile
After breakfast transfer to Calama airport before the flight to Chile’s capital Santiago. Transport to the hotel and check in. The rest of the day you can rest on your own or perhaps discover the local area. (Breakfast.)

Day 16: Santiago de Chile
During the day we get to experience the Chilean capital’s most famous sights and a little more. Our guided tour starts from Santiago’s main avenue La Alameda to Chile’s Presidential Palace Palacio de La Moneda and continues along the Paseo Ahumada promenade through Santiago’s business district. We continue to Plaza de Armas, Santiago’s most important square where you will find impressive architecture such as the Catedral Metropolitana, built during the latter half of the 18th century. We also visit the charming 19th century villa and national monument Palacio Cousino, the art museums Museo Nacional de Bellas Artes and Museo Chileno de Arte Precolombino and the charming bohemian quarter of Barrio Bellavista. In the afternoon we head to the village of Pirque in the Maipo Valley, known for its fine wines. We get to taste wines and learn more about the area’s proud wine traditions. During the evening, a farewell dinner awaits in Santiago. Overnight in Santiago. (Breakfast and dinner.)

Day 17: Return
Transport to the airport before the trip back to the boarding place. 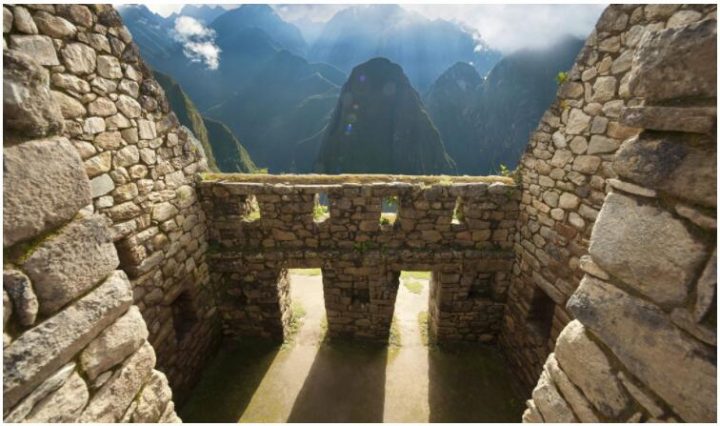