Short for MY by Abbreviationfinder, Malaysia is a monarchy, divided into states and federal territories. The country’s king is head of state and has a mainly ceremonial role. The executive power lies with the federal government. The parties are based more on ethnic affiliation than on political ideology.

The constitution is largely based on the 1957 Constitution, although some additions and amendments have been made since independence.

The king is titled Yang di-Pertuan Agung (“he who has become lord”) and is elected for five years at a time by and among nine of the country’s sultans (see below). The king must follow the federal government’s advice.

The prime minister and the government are formally appointed by the king from among the members of the legislative parliament. The federal parliament has two chambers: the Senate with 70 members, 26 of whom are elected in the states and 44 are elected by the King on a proposal by the government, and the House of Representatives with 222 members elected in general elections every five years.

Malaysia is divided into 13 states and three federal territories (Kuala Lumpur, the administrative capital of Putrajaya and the island of Lubuan). Nine of the states are hereditary sultanates, while the other four (Penang, Melaka, Sabah and Sarawak) are ruled by governors appointed by the king.

The states have their own constitutions, governments and elected parliaments. They do not have the right to tax, but receive grants from the federal government. The most important competence of the Länder is the right to decide on land and natural resources, with the exception of oil and natural gas. Sabah and Sarawak have somewhat greater autonomy than the others, with their own administration and their own customs and immigration system.

Most political parties are based in one of the country’s ethnic groups or represent regional or religious special interests. Complicated alliances and cow trading between parties and factions within the parties make politics difficult to understand. In such circumstances, leaders are important. From the end of the 2010s, two party alliances dominated the political arena: the opposition National Font and the ruling Hope alliance. However, the latter split in February 2020.

The hope’s alliance won in the parliamentary elections in May 2018 and then formed government with Mahathir Mohamad as prime minister. However, the alliance saw PKR leader Anwar Ibrahim as his actual leader. However, he was imprisoned when the election was held and therefore could not act politically. He has since been released and is now sitting in Parliament.

In September 2019, Umno and PAS joined an alliance whose goal was to attract Muslim voters ahead of the 2023 elections.

In February 2020, both Hope’s alliance and the four-party government exploded due to internal fragmentation (see Current Policy). 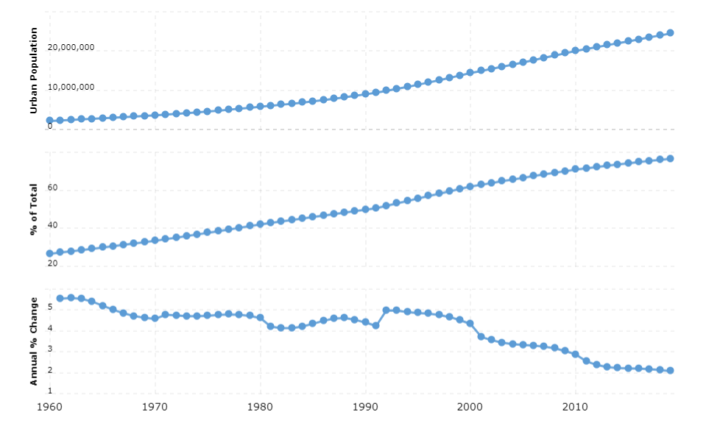 After promising to ease criticized security laws (see Political system), Parliament votes to abolish the requirement for police permits to demonstrate. At the same time, the members adopt a ban on demonstrations. In protest of the latter, several hundred lawyers conduct a demonstration in Kuala Lumpur.

Students may be politically active

Students are allowed to be politically active. An appellate court ruled that the law that Malaysia’s university students may not join political parties or unions violates the country’s constitution. Students have long struggled for the 1971 law to be abolished.

Demonstration against the election system

Between 10,000 and 50,000 people (different data depending on source) in Kuala Lumpur demonstrating against the government, in protest against the election system. Police respond with tear gas and water cannons and arrest around 1,600 people. Prime Minister Najib Razak accuses opposition leader Anwar Ibrahim of being behind the demonstration.