Short for LE by Abbreviationfinder, Lebanon is a secular republic in which various religious groups share power according to a particular pattern, including the President being a Christian Maronite, the Prime Minister of Sunni Muslim, and the Speaker of Parliament, Shia Muslim. The constitution was adopted in 1926 and has been amended several times.

In 1943, the so-called National Pact was concluded, an agreement on how the religious communities in Lebanon would divide power. According to the pact, the larger groups would be represented in the government while others were left outside. The mandate in Parliament and other important posts would be added according to the principle of 5: 6, that is, for five Muslims there would be six Christians. This system preserved the strong loyalty to its own group and laid the foundation for the weakness that came to characterize state power in independent Lebanon.

An end to the civil war of 1975-1990 was approaching when the Ta’if agreement was concluded. The agreement gave the Muslims greater influence. They were given as much representation in government and parliament as Christians. In addition, the executive power essentially passed from the (Christian) president to the government.

Every four years, according to the constitution, elections are to be held for Parliament, the National Assembly, whose 128 members support the country’s laws. A complicated system distributes the mandate between the larger of the recognized religious groups. Of the 64 places reserved for Christians, Maronites have 34 and other communities 30. Muslims’ 64 places are divided between Sunnis (27), Shiites (27), Drusters (8) and Alawites (2). The voting age is 21 years. Soldiers are not allowed to vote.

Presidential elections have failed and parliamentary elections have been postponed several times due to the constantly unstable political situation. Prior to the elections that were held in May 2018, a changed electoral system had been adopted in 2017. It has created new partnerships between the parties, but the mandate is still distributed in accordance with the population’s composition regarding religious affiliation. At the same time, elements of proportional system and personal choice have been introduced and Lebanese abroad are now allowed to vote.

Every six years, Parliament elects a president. To be elected, two-thirds of the votes of MPs are required. If it fails, a second round of voting will be held where a simple majority is sufficient, ie at least 50 percent of the vote. The President cannot be re-elected directly.

Lebanon’s party system is built around kinship and religious affiliation. Most groups have their own political organizations or parties, including minorities such as Armenians and Kurds. Before the elections, and in Parliament, politicians with common interests gather in alliances or political blocs.

Neighboring Syria had a decisive influence on politics until 2005. All important decisions were taken in agreement with Syria, which also decided which people would receive the highest positions and who manipulated the elections to ensure that Syrian-friendly politicians gained the majority. The assassination of politician Rafiq al-Hariri in 2005 (see Modern History) led to Syria being forced to withdraw its troops from Lebanon and reduce its direct impact on Lebanese politics. However, the Syrian regime has continued to exert some influence through its allies, while the civil war in Syria has ignited political contradictions.

Two political blocs have been contesting voter support in recent years: the Syrian-critical March 14 alliance and the pro- Syrian March 8 movement. Both alliances are named after the dates of spring 2005 when, following the assassination of veteran politician Rafiq al-Hariri, they each held a large demonstration in Beirut.

An important force within the alliance is the Future Movement (Tayyar al-mustaqbal), which is dominated by Sunni Muslims. The future movement is led by Rafiq al-Hariri’s son Saad al-Hariri, who has been prime minister on several occasions.

The right-wing party Kataeb (better known as the Falangist Party) is also part of the alliance. The party is run by the Gemayel family and has its base among Christian Maronites. During the Civil War, Kataeb led the Christian militias. The leader of these militias was transformed in 1990 into a political party, the Lebanese Forces (Les Forces Libanaises, FL). Party leader was Samir Geagea, who was the commander of the militia. Geagea was the only militia convicted of crimes, including murder, during the civil war. He was released in 2005 after eleven years in prison, and has since continued as leader of the Lebanese forces.

The March 8 movement is led by Hezbollah and includes the majority of Shia Muslims and the largest Christian party Free Patriotic Movement as well as a number of small parties.

Hezbollah, under the leadership of Hassan Nasrallah, is the dominant Shiite organization. Hezbollah was formed during the civil war in the early 1980s as a militant religious movement with the Iranian Revolutionary leader Ayatollah Khomeini as the teaching father. Hezbollah is today both a political organization and a strong guerrilla movement. The armed struggle has mainly been directed at Israel, and the guerrillas have focused on both kidnappings and suicide bombings. The movement receives generous financial contributions from Iranian organizations, including social activities, and has also received political and military support from Iran and Syria. The United States, the United Kingdom and some other countries regard the entire Hezbollah as a terrorist organization, while the movement in the Arab world is seen as a legitimate resistance movement against Israel.

The March 8 movement also includes the Shia movement Amal (Afwaj al-muqawama al-lubnaniyya; the abbreviation means Hope). Amal was formed at the beginning of the civil war and fought both Palestinian guerrillas and Sunni militia. Amal is dominated by its leader, Parliament Speaker Nabih Berri, and also has close contacts with Syria.

Free patriotic movement (al-Tayyar al-watani al-hurr) was founded by former commander-in-chief and current President Michel Aoun. Most of the party’s supporters are Christian, but Aoun is also supported by some Shi’ite Muslims. During the civil war, Aoun belonged to Syria’s opponents, and the Free Partiotic movement was initially included in the March 14 alliance. After Syria withdrew its troops from Lebanon in 2005, Aoun allied with pro-Syrian politicians and joined the party in the March 8 movement.

The largest Drusian party is the Progressive Socialist Party (Hizb al-taqaddumi al-ishtiraki). The party is led by the influential Walid Jumblatt who was nicknamed the “chameleon” because of his habit of switching sides in politics. Jumblatt was previously one of the Hariris family’s close allies, but in 2011 the PSP left the March 14 alliance and chose to support the March 8 movement instead.

Lebanon has a well-developed civil society for the region. A large number of NGOs operate in the country under some control from the authorities. 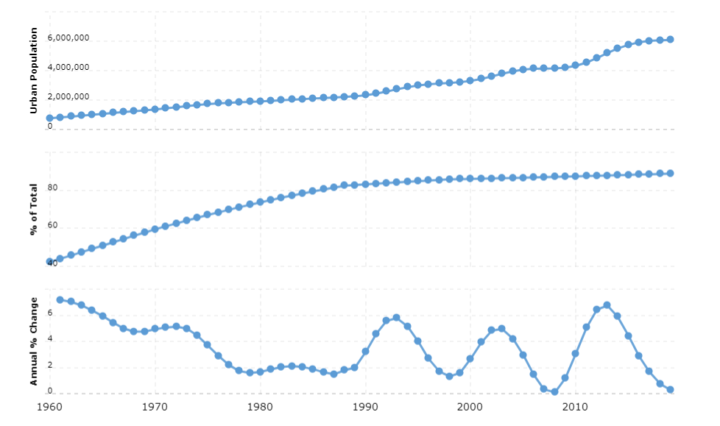 Murder is being investigated by the UN

The UN Security Council, at the request of the Lebanese government, decides that investigators of the Hariri assassination should also investigate the attack on Gemayel. A few days later, the government approves the proposal to form a UN tribunal, something that both Syria and Hezbollah wanted to prevent. The decision must also be approved by Parliament, but President Nabih Berri refuses to convene the members as long as the crisis is ongoing. The government is asking the UN to form the court, even though Parliament has not said it.

Industry Minister Pierre Gemayel is shot to death in a suburb of Beirut. He belonged to the influential Maronite family that formed the Christian right-wing party Kataeb (better known as the Falangist Party), which led the Christian side during the Civil War (1975-1990). The anti-Syrian March 14 alliance again targets the suspects against Damascus, and protesters from the two major political camps meet in violent clashes. At least four people are killed and hundreds injured.

Five ministers from Hezbollah and Amal leave the government after failing to hear about their demand for more ministerial posts and a new electoral law. Later, a Christian minister also resigns.

The UN Security Council adopts Resolution 1701 leading to a ceasefire on August 14. By then, the war has been going on for five weeks, demanding around 1,200 Lebanese lives. Most of those killed are civilians.

Vengeance attack from Israel after soldiers were killed

To avenge the deaths of eight soldiers in a Hezbollah raid, Israel launches an attack on Lebanon. Israeli flight bombs targets throughout Lebanon. Ground forces are also entering, while Hezbollah is pushing thousands of missiles into the border with cities in northern Israel.

The Danish Consulate in Beirut’s Christian Quarter is attacked in protest against the publication of the disputed Mohammed drawings. Protesters set fire to the building. Muslim religious leaders condemn the violence, and in government circles, the event is seen as a new attempt by pro-Syrian elements to create unrest among Lebanese religious groups. One day earlier, the Nordic embassies in Damascus were attacked.