Short for LA by Abbreviationfinder, Laos is a one-party communist state, where the Laotian People’s Revolutionary Party (PPPL) has full control over most of society. Three people are at the absolute center of power – the president, the prime minister and the party’s secretary general. All three are elected at the party congress held every five years.

Laos got its current constitution in 1991 and some revisions were made in 2003. The constitution states that the Communist Party is Lao’s leading body. It also provides for the country to be a market economy, where private ownership is to be protected. Like China and Vietnam, Laos seeks to combine socialist politics with market economy. The Communist Party has removed the word socialism from the party program.

The executive power is held by the President, who is appointed and can be deposed by the Legislative Parliament (National Assembly). The President appoints all ministers in the government (the Council of Ministers), who must be approved by the National Assembly.

Elections to the National Assembly’s 132 seats take place every five years. All Laotians over the age of 18 have the right to vote. Since 1992, persons without party membership are allowed to stand in the elections, but all candidates must be approved by the Laotian Front for National Reconstruction, which is an umbrella organization for the Communist Party and mass organizations with strong ties to the party, such as trade unions and various associations.

The party is governed by a central committee of more than 60 members. The Committee leads and is responsible for the party’s activities between the decision-making party congresses, which are held every five years. The Central Committee’s executive committee, the Politburo, consists of eleven people and a nine-person secretariat. The members of the Politburo and the Central Committee hold virtually all high positions in the government and around the president.

There has been some armed resistance to the communist regime since 1975. There are a handful of different guerrilla groups, but none of them pose any serious threat to the authorities. They operate mostly from bases in Thailand and have among other things blasted bridges and attacked the transport system. The guerrilla groups have their strongest support among Laotians in exile. None of them have managed to win a slightly larger number of supporters in the country. According to the Lao State, the majority of insurgents belong to the hmong people group (see Population and Languages). 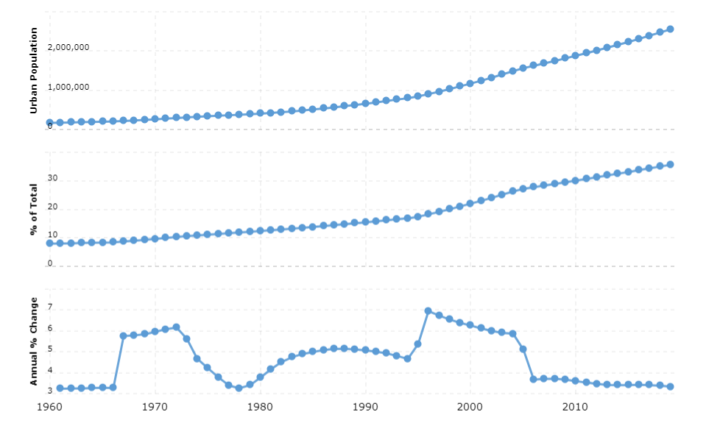 The internationally known agricultural economist and community activist Sombath Somphone disappears after being stopped in a police check and taken away. The government says it has nothing to do with the disappearance.

Laos begins construction of the large Xayaburi dam at the lower Mekong River. The building plans have been met by extensive protests from environmental activists as well as neighboring countries Vietnam and Cambodia.

US Secretary of State visits Laos

Hillary Clinton makes an official visit to Laos, as the first US Secretary of State for nearly 60 years. The agenda includes talks about Lao’s plans for a controversial dam building and the legacy of the Vietnam War (see Modern History).

Detained farmers get jobs on plantation

The local authorities in the Sekong Province in southern Laos are seizing a group of farmers as they demand compensation for seized land on which a Vietnamese-Lao company plans to establish a rubber plantation. The farmers are released after a few weeks since the government intervened and got the company to give them compensation land and offer them jobs on the plantation.

Dr Khampeuy Panmalaythong, respected scientist and member of the Central Committee of the Communist Party, is forced to leave his political and scientific assignments. The reason is believed to be that, on a couple of occasions, he questioned the effectiveness of the one-party system (but without openly advocating a multi-party system for Laos) as well as the relevance of Marxism-Leninism as a leading ideology in the Laotian education system.