Short for KG by Abbreviationfinder, Kyrgyzstan formally became a parliamentary democracy in 2010, when a new constitution was adopted in a referendum. The power of the legislative parliament was strengthened at the expense of the president who had previously had far-reaching powers. However, the president’s power is still great.

The president, who is head of state and commander-in-chief, is elected in direct elections for six years and cannot be re-elected. Formally, the President appoints both the Prime Minister and the Government, but this is done on a proposal from the Members of Parliament. The President can veto Parliament’s bill, which must then be considered once again. The President may appoint heads of state authorities, as well as judges on a proposal from Parliament. The head of state may not be a member of any political party. Parliament can put the president before the national court if at least two-thirds of the members vote for it.

In a referendum in the fall of 2016, the Kyrgyz voted in favor of a constitutional amendment that gave the prime minister increased powers to appoint and dismiss ministers on their own, without the president’s consent.

General elections to the legislative parliament (zhogorku kenesh) are held every five years. The voting age is 18 years. Parliament has a chamber, of which 120 members are appointed according to a proportional electoral system. To prevent a concentration of power, a political party can get no more than 65 seats. To get a seat in Parliament, a party must get at least 5 percent of the vote. It must also receive at least 0.5 percent of the vote in all seven counties (oblast) and in the two largest cities (Bishkek and Osh), which will prevent the emergence of regionally and ethnically based parties.

Kyrgyzstan is divided into seven oblasts and Bishkek and Osh, which have special status. Each county is led by a government-appointed governor (akim) and a directly elected congregation (kenesh). The counties are in turn divided into districts (raion) and municipalities. Bishkek and Osh are led by each mayor.

Kyrgyz politics is characterized by the old clan society and politicians are often deeply rooted in their clan (tape) and work for its best. Most political parties are therefore weak and loosely composed of few members. MEPs have traditionally been loyal to their home region or clan, rather than to the party or a particular ideology. A clear feature of the policy is that there are contradictions between clans in the north and clans in the Fergana Valley in the southwest. However, parties with ethnic or religious grounds are prohibited. Police, military and judges are not allowed to belong to political parties.

Following the constitutional change in 2010, Kyrgyzstan held Central Asia’s first free and fair parliamentary elections in October of that year. Since then, the country has been led by a series of fragile coalition governments.

The second largest party is the Nationalist Republican Party-Fatherland, which was formed in 2014 through a merger between two parties: the Republican Party (Respublika), which also supported constitutional reforms in 2010, and the Fatherland (Ata-Zjurt), previously raised by supporters of the deposed presidents Kurmanbek Bakijev.

The Kyrgyzstan Party (Kyrgyzstan Sayasiy Partyasy) and Progress (Önügüü-Progress Sayasiy Partyasy) were formed prior to the 2015 election by defectors from the Republican Party who opposed the alliance with the Fatherland. In the parliament since 2015 also sits Unity (Bir Bol Partyasy).

Dignity (Ar-Namy), who supported the Constitution in 2010 and elected to Parliament the same year, resigned from the Legislative Assembly in the elections of 2015. Another party of importance that is outside Parliament is the White Falcon Party (Ak Sjumkar Sayasiy Partyasi), founded in 2008. 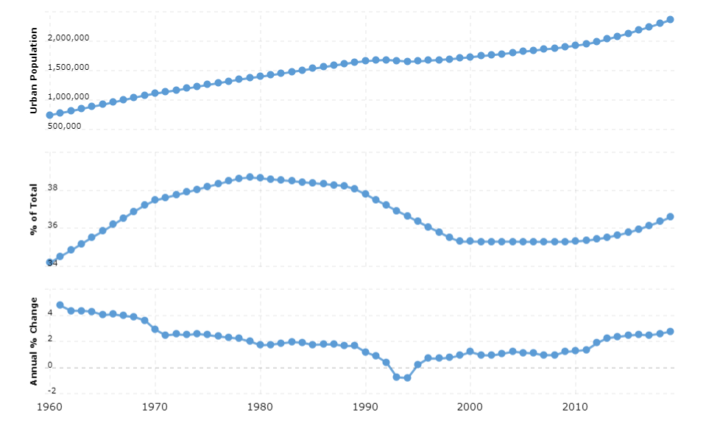 Yet another journalist is murdered

One of the country’s most famous journalists, Gennady Pavljuk, is murdered. He is thrown out from a high-rise building in Almaty, Kazakhstan. Pavljuk planned to start a web magazine in collaboration with the western friendly Fosterlands.

The editor-in-chief is murdered

The regime-critical editor-in-chief Seitbek Muratalijev is found murdered. His journal Zjylan has reported, among other things, corruption within the police force.

The government resigns in protest

The Chudinov government resigns in protest against Bakijev taking direct control of the Foreign Ministry and the security service. Bakijev appoints one of his confidants, Danijar Usenov, known for his new attitude towards the opposition as new prime minister.

Bakijev wins the presidential election by a wide margin over challenger Almazbek Atambayev. The opposition accuses the authorities of cheating. According to European election monitors, the election does not meet basic requirements.

The United States may maintain an air base

Bakijev makes a reversal and enters into an agreement that gives the US the right to continue to use the air base in Manas in exchange for the annual rent for the base triple. Russia receives a tentative promise to build a second military base in Kyrgyzstan.

Regime-critical protests are held in several cities, while the regime’s pressure against the opposition is intensifying. One of Bakijev’s critics is killed in a mysterious car accident.

Bakijev announces that the US air base in Manas will be closed after Russia offered Kyrgyzstan large sums in loans and aid. US representatives say talks about Mana’s future are ongoing.