Hungarian modernism begins with E. Ady, who vehemently questioned the traditional Hungarian view of the world in his politically radical and idiosyncratic linguistically coded poetry based on Calvinist traditions. Urbanity and political engagement, eroticism and stylistic experiments took the place of the frozen patriarchal idyll that had prevailed until then. The meeting point for the new authors was the liberal magazine “Nyugat” (“West”) founded in 1908, which turned against the conservative academy. One of their editors was Ignotus (actually Hugó Veigelsberg, * 1869, † 1949), a spokesman for the cosmopolitan, mostly Jewish upper class of Budapest.

One of the progressive representatives of this class was, at least in the beginning, F. Molnár, whose ingenious, critical stories and feature pages offer a lively picture of the metropolis of Budapest. The metropolitan society, especially the demi-world, also forms the preferred material model for the impressionistic-playful novels and short stories by G. Krúdys. In addition to Ady, the naturalistic narrator Z. Móricz and the poets M. Babits and D. Kosztolányi were the most important representatives of literary renewal. Móricz unmasked the doomed semi-feudal society of the eastern counties and depicted with suggestive power the greed of the peasants, the misery of the farm workers and the dissolute way of life of the landlords. Kosztolányi and especially Babits, on the other hand, orientated themselves on late bourgeois artistic models from Western European literatures. Other well-known authors of Hungarian modernism are Á. Tóth, Milán Füst (* 1888, † 1967) and G. Juhász.

The contrast between politically committed and aestheticizing authors soon split writers into two camps, between which, especially in the 1930s, violent ideological disputes broke out. While the apolitical authors grouped themselves around Babits, the committed various ideas followed, depending on whether they tried to cope with the problems of Hungarian society from the political-social or from the ethnic-cultural side. The most militant representative of the latter was D. Szabó, the herald of a national ideology. On the opposite side stood v. a. A. József who, after surrealist beginnings, soon found the way to a Marxist-inspired poetry that nonetheless differentiated the modern attitude towards life. Lajos Nagy (* 1883, † 1954) introduced a kind of New Objectivity into Hungarian literature with his socially critical stories. L. Kassák and T. Déry also belonged to the left-wing writers, who tried to adopt all avant-garde directions of their time (e.g. expressionism, surrealism) and finally came to a more conservative understanding of the world.

According to Youremailverifier, two of the most important authors of the 20th century were committed to Hungarian folk culture: G. Illyés and L. Németh; In the life’s work of both, the cultural and social integration of the rural population and the revival of the lost traditions played a major role.

In the essay writing that was cultivated by numerous authors during the interwar period – an extraordinarily productive and multifaceted epoch – the “Hungarian Literary History” (2 volumes, 1934; German) by Antal Szerb (* 1901, † 1945) stands out. a. sociological point of view rich work. In the same year the first volume of poetry by the poet S. Weöres was published, in whose surrealistic, linguistically and stylistically virtuoso poems a pagan-cosmic world feeling is expressed. Áron Tamási (* 1897, † 1966), from the Szekler region of Transylvania, captured the peculiar, primeval world of this old Hungarian landscape in his stories.

The state collapse in 1945 and its political and social consequences fundamentally changed Hungarian literature. One to 1948 ongoing, all contemporary spiritual movements towards more open transition period (representing u. A. By the magazine “U jhold” [ “New Moon”], which includes the major poet Ágnes Nemes Nagy, * 1922, † 1991 belonged,) followed by a period of the Stalinist restrictions. The only literary event in the early 1950s was the appearance of the poet F. Juhász, a student of Weöres. Not until some time after the failed popular uprising in 1956, which resulted in imprisonment (including Déry) and exile (including G. Háy) resulted in a new, critical spirituality. The following generation of authors (E. Fejes; Ferenc Sánta, * 1927, † 2008; Tibor Cseres, * 1915, † 1993; I. Mándy; I. Csurka) took stock of contemporary history that the literature indoctrinated in the sense of socialist realism did not could succeed. Internationally known were v. a. the psychologically precise novels by Magda Szabó and the strictly constructed, ironic short novels by T. Déry. Not directly socially critical, but more noteworthy in terms of individual psychology, are the existentialist novels by Géza Ottlik (* 1912, † 1990) and M. Mészöly. The first surrealist or absurd prose texts in Hungarian literature were written by T. Tardos and I. Örkény during this period.

Overall, intellectual life has been less indoctrinated since the late 1960s than in the other Eastern Bloc countries (there were nonetheless publication bans, so György Petri, * 1943, † 2000, a master of sensitive thought poetry, was only able to publish underground). A new generation of authors broke not only with the political and ideological patterns of thought that had been obligatory for decades, but also with all traditional-realistic ideals of style. Playing with all the possibilities and limits of language, the elimination of any transcendence and restriction to everyday occurrences were the guiding principles of the literary avant-garde of the 1970s. The novels by P. Esterházy and Dezső Tandori (* 1938, † 2019) as well as his poetry represented these aspirations most clearly. Also G. Konrád banged his essayistic novels a new way. In his novels and narratives, P. Nádas sought to approach the contradicting past and present, based on M. Proust’s example, through a richly associative representation (»Book of Remembrance«, 1986; German); The work of I. Kertész dominates the effort to cope with the experiences of deportation and concentration camps (among other things, “Roman eines Schicksallosen”, 1975; German). L. Krasznahorkai In his novels he condensed the Eastern European experiences with the totalitarianisms of the 20th century into gloomy, visionary images (»Satanstango«, 1985; German). The lyricists took v. a. surrealist influences on (László Nagy, * 1925, † 1978; S. Csoóri). The essayistic element again plays a major role in prose (as in Miklós Szentkuthy, * 1908, † 1988, and Péter Lengyel, * 1939).

The authors who have received the most attention in recent times include: László Darvasi (* 1962), who processes historical and current events in prose (including »Die Legende von den Tränengauklern«, 1999; German) and the poet Krisztina Tóth (* 1967; including »Powder snow«, 2001).

Hungarian literature also includes the authors of the Hungarian minorities in neighboring countries, such as András Sütő (* 1927, † 2006) from Transylvania and the important poet Zsófia Balla (* 1949), who also comes from Romania. The novels and short stories by the prose writer and publishing director Lajos Grendel (* 1948), who lives in Slovakia, are particularly characterized by the variation in narrative methods.

So far, one Hungarian writer has received the Nobel Prize for Literature: I. Kertész (2002). 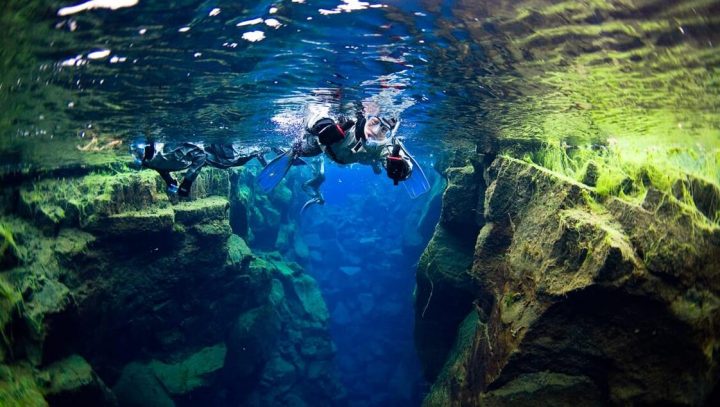