The relatively small town of Kom Ombo is best known for the double temple of the same name. This is so called because two deities were worshiped here: the crocodile god Sobek and the god Haroeris. Since in Egypt each god normally had his own temple dedicated to it, this is a special feature. In the temple itself, however, fellowship ends. Because there is a strict separation here. One half of the temple belongs to Sobek, the other half to Haroeris. In honor of the crocodile god there was a crocodile pool in the temple complex. Some mummified crocodile corpses are on display in the nearby museum. There are also two fountains with nilometers, a Hathor chapel and a ruined birth house (Mamisi). Due to the recurring floods of the Nile, almost only ruins remain of the temple complex today.

The sublime Luxor is located about 650 kilometers south of Cairo and is easily accessible by train, car or plane. Because of its cultural and architectural treasures, the city is a real Eldorado for those interested in culture. Many of the popular Nile cruises depart from Luxor. Visit the famous Luxor Temple dedicated to the god Amun. The Luxor Museum, located near the temple, is also worth seeing. You should definitely not miss a visit to the Valley of the Kings with the unique tomb of Tutankhamun. The Karnak Temple, the Memnon Colossi, the Hatshepsut Temple or the ruins of the temple city of Thebes on the western bank of the Nile are also highly recommended.

Like its big sister Hurghada, the small paradise of Marsa Alam is located on the Red Sea. However, Marsa Alam is still an insider tip, especially for water sports fans. You can relax wonderfully on the fine sandy beaches. Fascinating coral reefs and picturesque bays offer unforgettable diving experiences. All imaginable water sports are offered in Marsa Alam: diving, snorkeling, kiting, surfing and much more. Boat tours, shark diving, dolphin swimming and whale watching can also be booked. On land, a visit to the aqua park or the huge luxurious marina is recommended. We also recommend the diverse range of excursions. Starting with day trips to the nearby Wadi Gemal nature park, to (multi-day) tours to Aswan, Abu Simbel, Cairo or Luxor, to safaris in the desert.

Memphis is the former capital of Egypt during the Old Kingdom. Only ruins remain of it today, but they have been a UNESCO World Heritage Site since 1979. Memphis is considered one of the largest archaeological sites in Egypt and is located about 20 kilometers south of Cairo on the banks of the Nile. The museum with the 13 meter high statue of Ramses, which is even impressive lying down, is particularly worth seeing. The Alabaster Sphinx and the ruins of the Temple of Ptah are other Memphis attractions.

Nile cruises are a very popular and recommended form of travel to discover Egypt. Numerous providers have cruises lasting several days to one week, most of which start in Luxor. Popular stopovers with organized land excursions are Edfu, Aswan and Cairo. Some operators also offer longer cruises with additional stays. There are also combination offers consisting of a multi-day Nile cruise followed by a beach holiday. Today there are countless pleasure boats navigating the Nile. Depending on the design, the cruise ships carry between 50 and 100 passengers. The standard is generally high and in addition to culinary delights, an extensive entertainment and leisure program is offered.

Egypt consists almost entirely of desert, in which there are oases to be discovered. The best known is the oasis of Al-Bahariyya, which consists of several villages. Almost 400 hot sulfur springs can be found in this green paradise, including the Ain el-Beshmo spring. Worth seeing are the museum, in which five “golden mummies” are exhibited, and the tombs of Djed-Amun-Ef-Ankh. The organized trips to the Black Desert and the White Desert are also highly recommended. Not only the oasis Al-Bahariyya is a worthwhile destination, but also the oasis Fayoum. This can be visited from Cairo as part of a day trip because it is only about 100 kilometers away. As the only oasis in Egypt, it is not fed by an underground spring, but by a lake, the Qarunsee, into which an arm of the Nile flows. The traditional water wheels are particularly worth seeing here.

When you think of Egypt, the first thing that comes to mind is the pyramids. They are the symbol of the country and the destination of many vacationers. Almost all of the more than 100 pyramids are located along the Nile in the Cairo area. The most famous of them are the Pyramids of Giza. The Bent Pyramid of King Snofru and the Satellite Pyramid in the pyramid and burial ground of Dahshur are now accessible. The pyramids were created about 4500 years ago and still impress with their unique construction and their immense size. In sweaty work, thousands of workers had to place countless precisely formed blocks on top of each other with millimeter precision. Pharaohs, the Egyptian kings, were buried in the pointed masterpieces of Egyptian architecture. Many pyramids have organized tours with guides that should not be missed. 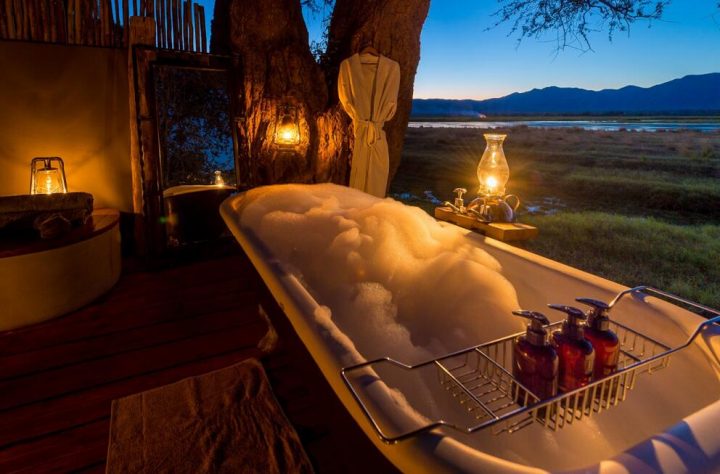 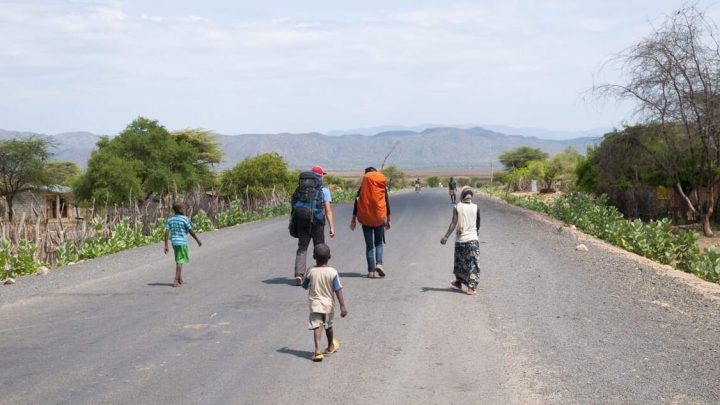