Formally, short for CY by Abbreviationfinder, Cyprus is a united state but in practice the island has been divided since 1974, when Turkey invaded the northern third. In 1983, the Turkish Cypriots formally proclaimed their own state which, however, has only been recognized by Turkey. The island now has two presidents, two governments and two parliaments, but only the Greek Cypriots’ administration is internationally recognized and represents Cyprus in the EU.

The constitution was adopted at independence in 1960 and was mainly created on the British initiative. According to it, all of Cyprus should be a sovereign republic with presidential rule, and its independence must be guaranteed by Turkey, Greece and the United Kingdom.

After Turkey’s invasion of northern Cyprus in 1974, the country was divided into a Greek Cypriot part in the south and a northern Turkish Cypriot part. Both parts now have separate presidents, governments, legislative assemblies and the judiciary.

Member of the EU

The selection system has been changed a few times. Since 1996, a proportional system has been used, that is, the mandate is distributed in proportion to each party’s share of the total number of votes. There are no fixed barriers to small parties, which has encouraged more parties to run for office.

The Greek Cypriot administration gained full membership in the EU on May 1, 2004. Formally, membership applies throughout Cyprus, but EU laws and subsidies do not fully apply to Turkish Cypriots on the island.

Since 1983, the Turkish Cypriots regard Northern Cyprus as an independent state, “the Turkish Republic of Northern Cyprus”. However, this state has only been recognized by Turkey. According to a constitution, which was adopted after a 1985 referendum, Northern Cyprus’s Turkish republic is “an integral part of the Turkish nation”.

Presidential elections and elections to the Turkish Cypriot Parliament are held in principle every five years. To join Parliament, a party must get at least five percent of the vote.

The ownership of land and real estate is a complicated issue to resolve before a possible reunification of Cyprus. There is also uncertainty as to which EU law should apply in Northern Cyprus. Prior to Turkey’s intervention in 1974, 70 percent of the properties in the north were owned by Greek Cypriots, while 10 percent of the properties in the south were owned by Turkish Cypriots.

In southern Cyprus, after 1974 Turkish Cypriot properties are managed by a state fund that leases them to Greek Cypriot refugees from the north, with the proviso that the properties should be returned in the event of a reunion.

At independence in 1960, Cyprus took over English law in most cases. The judicial system in the south consists of district courts and so-called Assize Courts for more serious criminal cases. The Supreme Court can appeal against judgments given in lower courts. Appointments of new judges are made by the Supreme Court and the President. There are also several special courts, such as a military court and a court of family law. The death penalty was abolished in 2002. The last execution was executed in 1962.

The Turkish Cypriot Northern Cyprus has its own legal system. The Supreme Court acts as a constitutional court and the last court of appeal. The Supreme Court sits the president and seven judges. These include district courts, so-called Assize Courts, and family law courts.

Among the Greek Cypriots, the Communist Party Workers’ Progress Party (Anorthotiko Komma Ergazomenou Laou, Akel) was the largest party until the 1980s. Since 1985, Disy (see below) has mostly dominated. In the recent elections, the parties have been evenly sized.

Akel, founded in 1926, is the oldest of the current parties and has long had great influence without sitting in any government. It came in second place in the parliamentary elections in 2011 and 2016. Akel has long been a pragmatic left-wing party and its communist ideology was downplayed in connection with the dissolution of the Soviet Union in 1991. Akel long supported the idea of ​​enosis, that is, Cyprus’s accession to Greece, became more open to concessions to the Turks in order to reunite the island. In the referendum held in April 2004 on the unification of Cyprus (see Modern history), Akel joined the no-side for some hesitation. The party then held on to that line, although it was not supported by all members. From time to time, Akel’s leadership meets with the leadership of its sister party in Northern Cyprus, CTP (see below).

Since the mid-1980s, the Conservative Democratic Assembly (Dimokratikos Sinagermos, eg. Disi but usually abbreviated Disy) has most often been the Greek Cypriot party and also won the elections in 2011 and 2016. Disy has demanded Turkish retreat from northern Cyprus, freedom of movement for all Cypriots. all over the island and freedom for refugees to return home. Disy has always strived to anchor Cyprus in Western Europe and the EU. Glafkos Kliridis (often spelled Klerides), president from 1993 to 2003, was supported by Disy even since he resigned as party leader in 1997. In the 2004 referendum, Kliridis, as well as Disy’s new leader Nikos Anastasiadis, joined the yes side, but the referendum caused disruption within Disy. However, the party is in principle for a reunion.

During Kliridi’s presidential term, Disy ruled with the support of the center party Democratic Party (Dimokratiko Komma, Diko). In the 2004 referendum, Diko called on Greek Cypriot voters to vote against the UN plan for the reunification of Cyprus, which they did. In the 2011 and 2016 elections, Diko came in third place.

Another five parties were elected to Parliament after the 2016 election. The Social Democratic Edek (Kinima Social Democrat Edek) was formed in 2000 as a successor to the Socialist Edek. The Citizens Alliance (Symmachia Politon), founded in 2013, is left-wing populist. The EU-Critical and National Conservative Solidarity Movement (Kinima Allilengin) was formed in 2016 by former members of Disy. The European party (Evropeko Komma) joined the newly formed party that year. The Greens (Kinima Ikologon Perivallontiston) are an environmental party advocating the reunification of Cyprus. The Right-wing Nationalist Party National People’s Front (Ethniko Laiko Metopo, Elam) has many similarities to Golden Dawn in Greece (see Greece, Political System).

The constitution of the Turkish Cypriots only gives representative and foreign policy powers to the president, but until the presidential elections in the north of 2005, in practice the domestic politics in northern Cyprus were controlled by then-President Rauf Denktaş (Denktash with English spelling) and his family. Rauf Denktaş became “president” in the north of 1975 and eventually established himself as a party leader, but it was he who in 1976 founded the conservative National Unity Party (Ulusal Birlik Partisi, UBP). The constituency has long helped UBP maintain a takeover over other parties in the north.

UBP has advocated taksim – a permanently divided Cyprus – but now formally supports the idea of ​​a reunification with the Greek side, in the form of a loose federation between two equal states. Rauf Denktaş, who died in 2012, had strong support among nationalists in Turkey, and UBP wants strong ties between Northern Cyprus and Ankara. UBP won the parliamentary elections in 2009 and the party’s then leader Derviş Eroğlu was elected president the following year. UBP’s election victory was seen as a serious setback for the negotiations with the Greeks on a reunification of the island. In the 2013 parliamentary elections, the UBP came second and in the 2015 presidential election, Eroğlu was defeated by independent leftist politician Mustafa Akıncı. In the new parliamentary elections in January 2018, however, UBP again became the largest party.

In the early 1990s, UBP lost support from voters who were dissatisfied with the economic development of the north. Breakers from UBP formed the Democratic Party in 1992 (Democrat Party, DP). DP is broadly in agreement with UBP’s foreign policy and the Cyprus issue. DP is led by Rauf Denktaş’s son Serdar Denktaş. Another party on the right is the Rebirth Party (Rebirth Party, YDP).

The left-leaning Republican Turkish Party (Cumhuriyetçi Türk Partisi, CTP) opposes partition of the island and is working for reunification. CTP won the parliamentary elections in 2003 and remained in power after a new election in 2005. Party candidate Mehmet Ali Talat also won the presidential election in 2005, but in the 2009 parliamentary elections, CTP came second. In the 2013 election, CTP again became the largest party and formed government with DP. In the new election in 2018, CTP declined sharply and became second largest after UBP.

In 2007, the Democratic Community Party (Toplumcu Demokrasi Partisi, TDP) was formed through a merger of two smaller parties. The TDP, which can be described as social democratic, received two seats in the Turkish Cypriot Parliament in the 2009 elections and three seats in 2013. 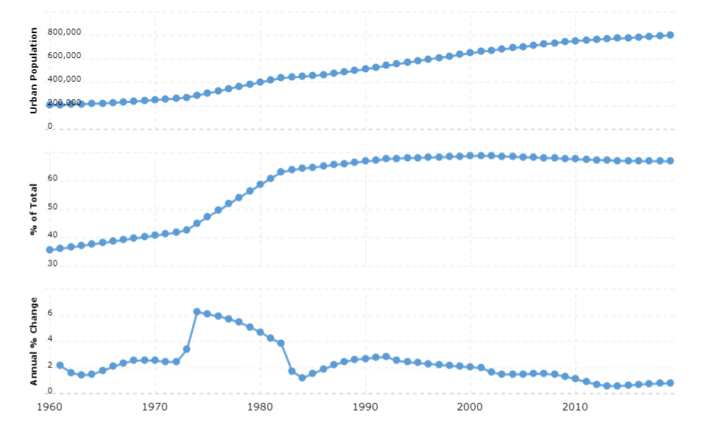