In 2008, Myanmar was given a new constitution that paved the way for a transition from military to civilian rule. But despite the general elections now being held, the Constitution gives the armed forces continued great influence over politics. Every fourth seat in Parliament is reserved for the military, which also appoints several ministers in the government. According to the constitution, Aung San Suu Kyi, chairman of the country’s largest political party NLD, may not become president. But through a specially established post as a National Counselor (State Counselor), she is in effect Myanmar’s actual civilian leader.

The military junta that took power in 1988 abolished the then 1974 constitution which provided for Myanmar to be a one-party state with a “Myanmarian path to socialism”. At the same time, Parliament and all other state institutions were dissolved. Then Myanmar stood for 20 years without a constitution. A government, dominated by the military, existed but all important decisions were made by the leaders of the junta.

The military-dominated national convention had from the 1990s periodically been tasked with proposing a new constitution, and in September 2007 the regime announced that a new one was ready. It was adopted in a controversial referendum in May 2008. Over 98 percent of those entitled to vote were reported to have participated and 92 percent voted in favor of the new constitution.

Short for BM by Abbreviationfinder, Myanmar is formally a federal state with seven states for national minorities as well as seven regions in the areas where the largest population group, the Burmese, dominates. The capital Naypyidaw, which was secretly built and inaugurated in 2005, is called Union Territory and is administered by the office of President. In addition, there are six “autonomous zones” for smaller ethnic groups.

Parliament has two chambers: the lower house (People’s Assembly, pyithu hluttaw) with 440 members and the upper house (nationality assembly, amyotha hluttaw) with 224 seats. Militants appointed by the commander-in-chief hold a quarter of the seats in both chambers of Parliament (110 and 56 seats, respectively). Other seats in both chambers are elected by universal suffrage every five years.

Constitutional amendments must be approved by more than 75 percent of all members of Parliament. Since the military automatically holds 25 percent of the mandate, it has in practice veto rights over all constitutional changes.

Legislative power is shared between the national parliament, state parliaments, regional parishes, and parishes in the autonomous zones. One-third of the members of the state and regional assemblies must be military.

The President vs. the Commander-in-Chief

The president is head of state but not commander in chief, it is the head of the armed forces (tatmadaw). The President is elected by all members of Parliament, both civilian and military, for a term of five years. The lower house appoints a presidential candidate, the upper house appoints its candidate and the military selects a third. The two candidates who are not elected president will become vice presidents. The President and Vice-Presidents shall sit for a maximum of two terms of office. The President is not responsible to Parliament in his exercise of power. They elect their own government, with the exception of the defense and home affairs ministers and the minister responsible for security and border issues. These three ministers are appointed by the military.

In the event of a state of emergency, the conditions of which are not described in more detail, the commander-in-chief automatically assumes all legislative, executive and legal power. To their aid, then, they have a council consisting of the president, the vice presidents, the highest military chiefs, the parliament’s two presidents as well as the defense minister, the foreign minister, the interior minister and the minister responsible for border issues. Of these four ministers, only the foreign minister, currently Aung San Suu Kyi, is civilian.

A controversial clause in the constitution says that the president must not be married to a foreigner. It is considered tailor-made to prevent NLD leader Aung San Suu Kyi from becoming president. Her late husband was a British academic.

The Supreme Court consists of twelve judges and is the final court of appeal. Under that, courts sort at the state and regional level. The autonomous zones have their own courts. The lowest instance is local courts in cities and districts. In 2011, a constitutional court was established which monitors that the country’s laws comply with the constitution.

Myanmar’s by far the largest political party is the National League for Democracy (National League for Democracy, NLD), which won government power in the elections in 2015. It is led by Aung San Suu Kyi, daughter of the country’s national hero Aung San (see Older History). Suu Kyi formed the party in 1988 together with two high-ranking soldiers, then under the name National United Front for Democracy (NUFD). After the coup in September of that year, Suu Kyi and her party became leading forces in opposition to the junta for over two decades.

Only with the 2008 constitution in place did the junta allow general elections. The first, in November 2010, the NLD chose to boycott as Suu Kyi was not allowed to run for election because the electoral law did not allow persons sentenced in court to stand for election. When this rule was abolished by the military-backed government after the election, Suu Kyi and many other NLD politicians were able to take a seat in parliament through election elections. NLD became the second largest party. When general elections were held in November 2015, the NLD prevailed with over two-thirds of the seats in both chambers of Parliament.

The second largest party, the much smaller Union Solidarity and Development Party (USDP), was founded in April 2010 by the military in order to win the elections later this fall. The USDP was led by the then Prime Minister Thein Sein (former General) and had most members of the military government affiliated. As soldiers were not allowed to run for office, the ministers formally became civil. USDP won the election in 2010, mainly as a result of NLD boycotting it. In the 2015 election, USDP backed sharply.

Dozens of other parties were also registered since the new constitution was adopted, among them several who represented ethnic groups or geographically restricted areas. Nearly 10 of them are represented in Parliament. 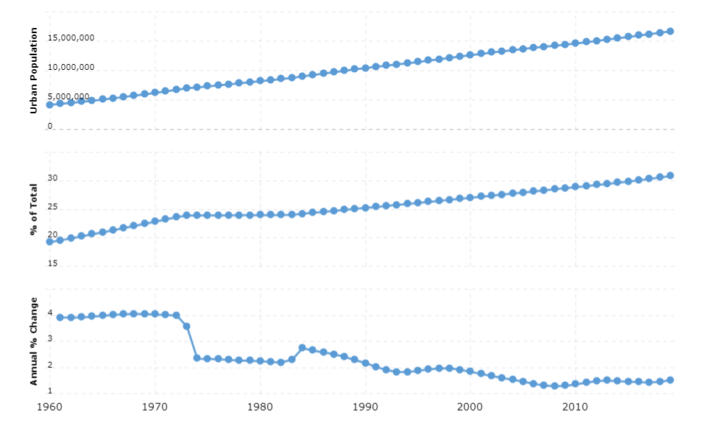 USDP wins big in the election

In the first general elections of 20 years, the military-backed USDP wins by a wide margin. The opposition accuses the regime of gross electoral fraud and in the outside world the election is rejected as a scam. A week after Election Day, Aung San Suu Kyi is released.

The country changes its name

The government introduces a new flag and a new national anthem and changes the country’s official name from Union Myanmar to Republic of Myanmar.

Prime Minister Thein Sein and most of his ministers formally leave the military to form a new “civilian” party aimed at the parliamentary elections. The party is named Union Solidarity and Development Party (USDP).

The NLD decides to boycott the election, as Aung San Suu Kyi is not allowed to run for office (the law prohibits people convicted of crimes from running for election). The boycott leads to the authorities declaring NLD dissolved. A breakout group, the National Democratic Front (NDF), announces that it is running for election.

The regime is introducing a new electoral law which stipulates that the military junta itself should appoint the members of the electoral commission.