Since December 17, 2004, a complete ban on the sale and use of tobacco has been introduced in Bhutan. The fine for smoking in a public place is €175. Smoking in public places and the sale of tobacco are prohibited. Tourists are allowed to import cigarettes for personal use, provided that they carry a receipt for the purchase of cigarettes outside of Bhutan. The ban on smoking in public places was first introduced in the middle of the 17th century by the founder of the modern state.

Nature. The territory of Bhutan is divided into three main natural regions, which differ primarily in relief. In the south, there is a wavy piedmont sandy-pebble plain 15–25 km wide (even narrower in places). To the north are the heavily dissected Lesser Himalayas with altitudes up to 3500–4000 m; the length of this region from north to south is 65–80 km. The Lesser Himalayas consist of a series of parallel ridges, elongated in the meridional direction, abruptly breaking off in the south and smoothly turning into the Greater Himalayas in the north. The most prominent is the Rinak ridge (“black mountains”) with the highest point of 4650 m. It separates Western and Eastern Bhutan and serves not only as an important natural boundary, but also as an ethno-cultural barrier. The only road in these mountains goes through the Pelela pass (3300 m). The rivers cut numerous longitudinal valleys between the ridges, usually located at altitudes from 1500 to 2150 m. Many valleys are distinguished by fertile soils. Most of the population of Bhutan is concentrated here. The northern region is a belt of the Great Himalayas 16 km wide. These are high mountains with the highest peak Kula-Kangri (7554 m). The snow line is located at an altitude of 4400 m. Glaciation is widely developed, the ends of the glaciers descend far down the valleys.

The climate and vegetation change dramatically depending on the height, steepness and exposure of the slopes. In the lower belt of mountains (up to 1100 m), in the valleys and on the plains, the climate is hot, humid, with heavy rainfall. The predominant landscapes – swampy jungles (duars) – are distinguished by a wide variety of flora and fauna. These are dense impenetrable evergreen thickets of mimosas, bananas, palms and bamboos with an abundance of vines and epiphytes. There are tigers, elephants, monkeys, snakes. The area is teeming with mosquitoes and other blood-sucking insects.

At altitudes of 1100–2300 m, winters are cool, and summers are warm (often hot) and rainy, especially on the southern slopes. Here, along with tropical species, subtropical species of evergreen and deciduous trees appear – oaks, magnolias, maples, chestnuts. The most important settlements and crop areas are concentrated in this belt.
At altitudes of 2300–4400 m, with an ascent to the mountains, deciduous forests are replaced by coniferous (pine, cedar, spruce), and then subalpine and alpine meadows. At the upper border of the forest there are thickets of rhododendron and juniper. In the upper forest belt of the mountains, a black Himalayan bear is often found. The most famous animals of the highlands are various goats, rams, containers, and snow leopards are predators. The wild yak has survived. Carrion-eating birds of prey (vultures, vultures, bearded vultures) are typical.
Bhutan is called the “land of the dragon” because the locals believe that thunder is emitted by a dragon rushing through the skies. Probably, Bhutan owes its name to frequent thunderstorms. In addition to them, this country and especially its southern regions are famous for the huge amount of precipitation brought by the summer monsoon and causing devastating floods and mudflows.
A third of Bhutan’s area is covered by protected areas. Along the northern border are the reserves of Gaza, Jigmi-Dorji and Laya, along the southern – Manas. The Khaling, Mochu and Pochu forest reserves, the Goli faunal reserve and the Doga National Park have also been established.

Family life
Just a couple of decades ago, arranged marriages were common and often took place between relatives. So, in Eastern Bhutan, the practice of marriage between cousins ​​and brothers was common, but now this custom is a thing of the past, and young Bhutanese choose their own partner.
Bhutanese celebrate the wedding in a calm chamber atmosphere, but the ceremony is accompanied by intricate rituals, which, according to legend, should strengthen the union of the newlyweds. By tradition, in addition to the usual gifts, the bride and groom are presented with symbolic scarves.
In Western Bhutan, it is customary for the husband to move into the wife’s house after marriage, while in Eastern Bhutan, on the contrary, the wife leaves her home to live with her husband. Divorce is considered normal practice in Bhutan and is universally accepted by society.

Population. The inhabitants of Bhutan, the majority of whom are the Bhotiya (or Drukpa) people, are ethnically close to the Tibetans. The official language, Dzongkha (translated as “fortress language”), or Bhotiya, is considered one of the dialects of the Tibetan language. The Tibetan language has long been widely used in government and religious circles for writing. In recent decades, the role of English, which is taught in many schools, has increased.

Most of the settlements of Bhutan are small villages of 4-5 farmsteads, scattered along the intermountain valleys. The plots of cultivated land are small in size and are located below the settlements. In the Greater Himalayas and the upper belt of the Lesser Himalayas, there are larger villages with 15–20 households. In these areas, due to the limited land suitable for building and crops, and the need for protection from avalanches, mudflows and landslides, larger settlements are often formed around monasteries and fortresses (dzongs). This is the origin of all cities in Bhutan, including the capital Thimphu (population estimates from 27,000 to 40,000 in the mid-1990s). It is believed that the surviving fortresses were built in the 16th century.
The wealthy stratum of the population of Bhutan is relatively small and includes the royal entourage, officials and higher clergy. Peasants are divided into landowners (treba) and landless tenants (traba). The property is inherited by the eldest son, and the younger sons have to become monks or enter the service in the royal fortresses and monasteries.
A special category of the population is made up of nomadic pastoralists (drokpa), who live in the highlands and make seasonal migrations with their herds over distances of up to 150 km. 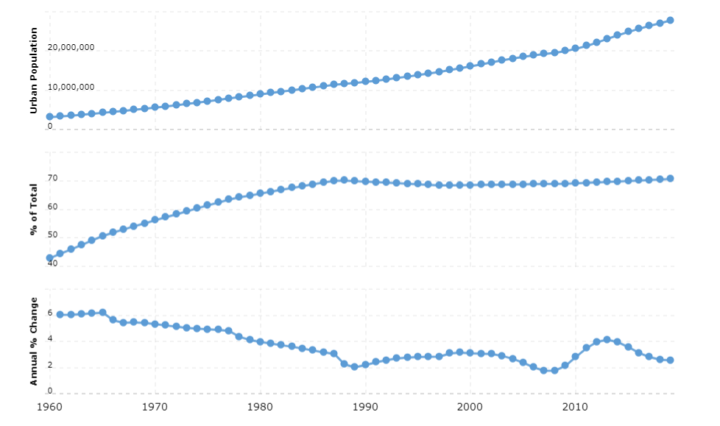 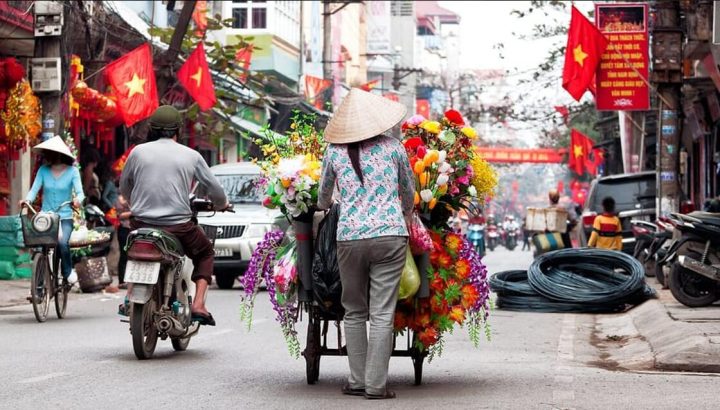