Short for BD by Abbreviationfinder, Bangladesh is a parliamentary republic. Two parties – the Awami League and the Bangladesh Nationalist Party (GDP) – have switched from one another to power since the early 1990s. The policy is characterized by bitter contradictions. The opposition acts through often violent demonstrations, strikes and boycotts of Parliament.

Both democracy and the secular (non-religious) state of affairs were put out of play as early as the 1970s. But general elections have been reintroduced and according to a constitutional change made in 2011, the four basic principles still apply. Although there is a writing about Islam as state religion remains (see also Religion).

The change in the constitution also meant that an electoral system that had prevailed since 1996 was abolished. According to that system, Parliament dissolved before every election, the government resigned and an unpolitical transitional government was set up. The opposition strongly opposed the scrapping of the system, which led to widespread unrest (see Current policy).

Parliament (jatiyo shangsad) is responsible for the legislation and consists of a chamber of 350 members. Of these, 300 are elected by a simple majority in one-man election circles every five years; citizens over the age of 18 have the right to vote. The other 50 seats are reserved for women and are appointed by the directly elected members in proportion to the size of the parties.

Parliament appoints every five years a president who is head of state. The President in turn appoints the Prime Minister and other Ministers, supported by the majority in Parliament. The prime minister is leading government work while the president mainly has representative duties.

The Awami League (Awami League) led the struggle for independence from Pakistan in 1971, led by Sheikh Mujibur Rahman. The party has been led since the 1980s by his daughter Sheikh Hasina Wajed, who has been prime minister since early 2009. The Awami League won the election held in late 2008 and has remained in power ever since. The elections held in January 2014 were boycotted by GDP (see below) and a number of other opposition parties.

Khaleda Zia and Sheikh Hasina Wajed succeeded each other in the prime ministerial post from 1991 until unrest led to state of emergency and an extended period of transitional government in 2007-2008 (see Modern history).

The Awami League stands to the left of the center, is secular and is considered India-friendly. GDP is more right-wing, has an Islamic look and is considered Pakistan-friendly. But the ideological differences are not significant. The rivalry between the two parties is largely based on disagreement over who proclaimed independent Bangladesh: Sheikh Mujib or General Zia. In a 2009 decision, the Supreme Court ruled that it was Sheikh Mujib. Then his party sat in power. The question has deep symbolic charge as the power over history writing is important. After each change of government, the school books are rewritten.

Other parties include the Jatiya Party (Jatiya Party, JP), which is divided into several factions with similar party designations. The largest faction is led by former dictator Muhammad Ershad (see Modern History). JP has collaborated with both the Awami Federation and GDP, and was part of the Awami Federation’s government coalition after the 2008 election. However, prior to the 2014 elections, JP launched as a “third force” and set up on its own.

The largest Islamist party was for a long time Jamaat-e-Islami (often called just Jamaat, actually called Bangladesh Jamaat-e-Islami, BJI, since 2008, when the party was forced to change its name when it was found to violate election rules). A large part of the party’s leadership was sentenced to death in 2013 (see Current Policy) and others have gone underground to avoid being arrested. In the same year, Jamaat was forbidden by a court to stand for election, as the party’s statutes were considered to be contrary to the constitution.

Jamaat cooperates with GDP, as does the more hard-line party of the Islamic Unity Front (Islami Oikyo Joite, IOJ). In April 2012, all three parties came together in an opposition alliance with a total of 18 parties, which thus boycotted the 2014 elections. 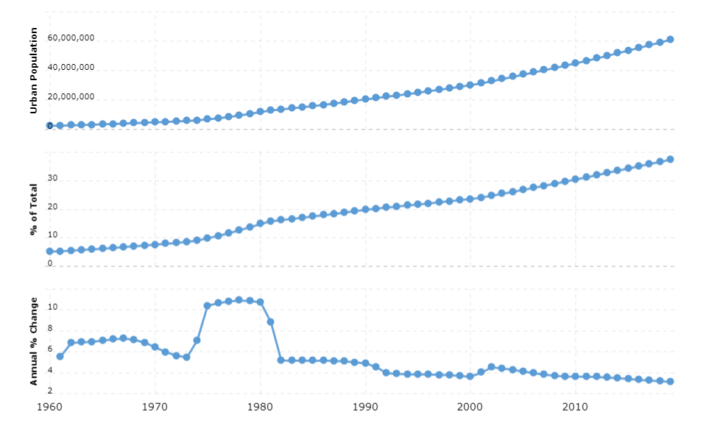 The government bans the national branch of the international Islamist organization Hezb-ut Tahrir on the grounds that it poses a threat to peace.

A revolt erupts among the semi-military border guards. Behind the myth is stated dissatisfaction with low wages and poor working conditions (see further Current policy).

Sheikh Hasina becomes Prime Minister for the second time (the first period was 1996-2001).