Mallorca
Mallorca, the largest and most important island of the Balearic Islands, naturally offers a particularly extensive range of architectural or nature-created sights. These include the splendidly lively capital Palma, the tragically beautiful cave systems with their underground lakes or the impressive Formentor peninsula with its wonderful pine forests, secluded bays and steep slopes. The drive from Puerto Sóller to Formentor, which leads across the island and sometimes very high, is indescribable. Mallorca also maintains several breathtaking nature parks: They show the efforts to promote island tourism while respecting the environment.

An estimated 40% of the total Mallorcan area is made up of the protected zones. But also miles of sandy beaches and bays make Mallorca the most popular travel destination for Germans. You have to make a strict distinction between the summer and winter months. Because while the hot time on Mallorca attracts the younger ones and families, in winter it is almost exclusively the seniors who overwinter under the mild climatic conditions of the Balearic island.

Cabrera
The smallest inhabited island of the Balearic Islands with just 20 residents and an area of ​​16 km² is the island of Cabrera (“goat island”) south of Mallorca, which is under nature protection together with its small fortress. It is the largest island in the Cabrera Archipelago, which consists of 18 islands. Cabrera gained notoriety during the Spanish War of Independence (1807-1814), when French prisoners of war were brought to the island by the Spanish without any food and were in fact left to their fate.

A memorial from 1847 in the center of the island still commemorates this war crime, which killed around 5,000 prisoners. Cabrera can be reached by boat, but you have to register with the port authority beforehand. Unfortunately, private arrivals on the island are very limited. Organized tours to the island are available from Mallorca’s Colònia de Sant Jordi.

Formentera
Formentera, after Cabrera the second smallest inhabited island of the Balearic Islands (82 km²), is separated from the not so quiet island of Ibiza by the four kilometer wide Es Freus canal, from which an hourly ferry crosses to Formentera in the summer months. The island, blessed with extensive pine forests, a rocky north coast and – especially on the south coast – fine sandy beaches is often referred to as the island of light and colors. A good general view can be caught from the highest point of Formentera, the plateau of La Mola, which is 192 meters high. Formentera is surrounded by a group of smaller islands, which you can see when crossing the ferry. Formentera was popular with hippies in the 1960s and 1970s.

Not only Pink Floyd and King Crimson have romped here, but also Chris Rea and Bob Dylan. The Sunday hippy market in Pilar on La Mola is still a reminder of all the good times. Formentera had the good fortune to be spared from the rough mass tourism with all its negative effects. The beautiful sandy beaches are mostly unspoilt and the tourist infrastructure has remained limited to a few places such as Es Pujols and Platja de Mitjorn. The short distances make Formentera a good destination for cyclists and hikers, and the tranquility of the whole island tempts many those looking for relaxation to come over on a visit from Ibiza. Just keep in mind that the entire island will be almost fully booked in the main travel season (July and August).

Ibiza
Ibiza (catal. Eivissa) is the third largest island of the Balearic Islands and the second most popular holiday destination in Spain after Mallorca. Over the decades, the island has gained a reputation as a party island, which is followed in the summer months by the young and the young at heart in particular, because the Ibizan nightlife is simply breathtaking. In particular, Ibiza Town (catal. Ciutat d’Eivissa) and Sant Antoni overflow in front of bars, restaurants, cafés and discos, where the stars and starlets give each other the handle and famous DJs create hot rhythms for the party-moody audience. This is all thanks to the establishment of an international club scene in the mid-1990s. With the Privilege, Ibiza also has the largest nightclub on earth.

It is located between Ibiza Town and Sant Antoni and can accommodate around 10,000 visitors. On Sundays it is best to stroll to Cala Benirras, where local drum artists settle down in the evenings and create a good atmosphere. The so-called “island of the rich and beautiful”, on which the German-language Sun Radio Ibiza (Europa FM 91.7) also goes on air in the summer months, is tolerant and liberal and therefore an ideal travel destination for gays and lesbians. But Ibiza – how could it be otherwise – of course also has a different face, a face that reminds of the good old days (meaning the 1960s), especially in the north, when Ibiza was the preferred magnet for hippies. The landscape of the island impresses with extensive pine forests, small tranquil bays, fine sandy beaches.

Menorca
Menorca, the northernmost island of the Balearic Islands, measures 700 km² and is defined in the north by the Tramuntana mountains and in the south by the Migjorn hill country. The island is characterized by a rugged coastline with numerous natural harbors, tranquil bays and deep gorges, long sandy beaches and picturesque fishing villages. The highest point and a popular tourist destination because of the picturesque view is the 357 meter high Monte Toro. Almost half of Menorca, which has existed as a biosphere reserve since 1993, has been placed under landscape and nature protection. In this way, Menorca’s beaches are quite original and have been spared the clumsy hotels and club complexes that sprang up on other islands. Menorca is particularly attractive to nature lovers and those interested in culture. 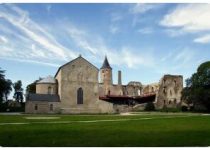 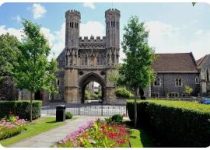