Following a constitutional change in 2002, short for BA by Abbreviationfinder, Bahrain is formally a constitutional monarchy with a two-chamber parliament, Majlis al-Watani. In practice, the Al Khalifa family still rules. The former emir is now titled King. The office is inherited on the mans side. The king, who is also commander-in-chief, appoints the country’s prime minister, who in turn appoints the government, where the Khalifa family sits on all key posts.

The advisory chamber, majlis al-shura, has 40 members appointed by the king, while the House of Representatives, majlis al-nuwwab, consists of 40 elected members who are elected in general elections every four years. Women have the right to vote and stand for election. Both chambers can propose laws, but these must be approved by the whole parliament. In case of disagreement between the chambers, joint voting shall be held. To change the constitution, a two-thirds majority is required in both chambers.

Despite the changes in 2002, the king’s power has in practice remained unlimited. The ruler has the right to veto every bill and can issue decrees.

Political parties are banned, but the regime-critical opposition cooperates in so-called political associations, which were allowed in 2005. The opposition, which is both religious and secular, is dominated by Shia Muslims who consider themselves discriminated against by the ruling Sunni Muslim minority. Among other things, Shiites complain that the constituency is made in a way that benefits Sunnis.

The largest individual political association is Shi’a al-Wifaq, which was, however, banned by the regime in 2016 (see Current Policy). The largest among Sunni Muslims is the conservative al-Asala, who wants to impose an Islamic rule under the king and opposes women being allowed to run or vote in elections. al-Minbar is linked to the international Sunni movement Muslim Brotherhood. There is also a left-liberal association, al-Waad, as well as al-Wifaq banned.

Since June 2018, anyone who has led or been a member of a banned political organization must not stand for election.

The February 14 movement is a network that brings together the activists who have been protesting against the government since February 2011 (see Modern History). In 2014, the authorities classified the movement as a terrorist organization together with two other groups. 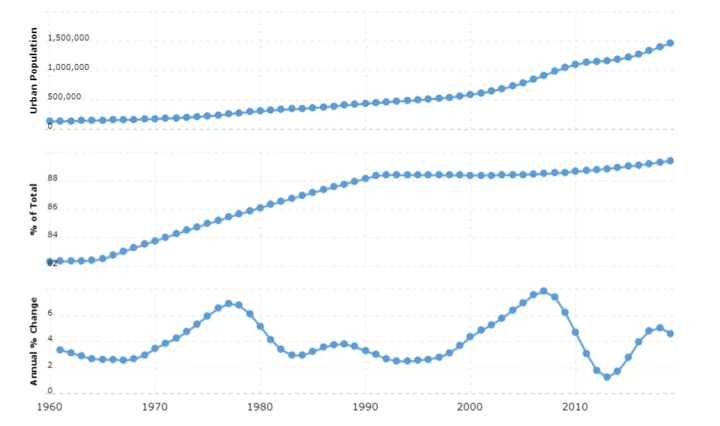 The Ministry of Information states that about 20 soldiers will be brought to justice for abuse against protesters during the protests earlier this year. The message follows a report by an independent commission appointed by the King and led by a human rights lawyer. The head of the security service is replaced.

Medical personnel are sentenced to prison

About 20 doctors and nurses who have cared for injured protesters are sentenced to up to 15 years in prison. In June 2012, half of them are acquitted by an appellate court and most others receive their sentences reduced

Election elections are held to 18 seats that have been empty since al-Wifaq left parliament in protest of the regime’s strike against protesters earlier this year. Shia Muslim groups boycott the election and turnout is only around 17 percent.

Eight leading Shiite activists are sentenced to life imprisonment for attempting to overthrow the regime. Among them is Mohammed Habib al-Muqtad, who has both Swedish and Bahrainian citizenship. He was sentenced to 20 years in prison just a few weeks earlier for kidnapping a police officer. That judgment also included eight others. Among those now sentenced to life in prison are also the Danish-Bahraini human rights activist Abdulhadi al-Khawaja, who was arrested in April.

The state of emergency is canceled

The state of emergency is lifted and the king calls for a national political dialogue on the country’s future after the crisis, in which all groups should be allowed to participate. al-Wifaq agrees to participate, but resigns after a few weeks as there are only 35 seats out of 300 in the negotiating group.

The government bans two of the top Shi’a political groups.

Reports say four men were sentenced to death for killing two police officers while another activist received five years in prison for attempted murder against a police officer.

The country’s largest hospital in Manama, where many injured protesters received care, is occupied by government forces, and according to human rights organizations, a total of over 95 doctors, nurses and other health care personnel are arrested between February and March.

The protesters are driven away from Pärltorget, including by means of tanks, and at least two people are reported to have been killed. Mass arrests of regime critics follow and there will be reports of torture. The editor-in-chief of the opposition newspaper al-Wasat is forced to quit.

An emergency permit is introduced

The protests continue at Pärltorget. The king is facing an emergency permit in the country and is requesting assistance from the regional cooperation organization GCC (see Foreign Policy and Defense) which sends thousands of soldiers and police.

Salman bin Hamad Al Khalifa promises dialogue with the opposition when the unrest has subsided, but gets the answer that the government must first step down.

The wave of protests sweeping through the Arab world reaches Bahrain and several thousand protesters gather at Pearl Square in the capital Manama to demand regime change. At least six people are killed and around 100 injured when the riot police strike the protesters. The protests are banned by the regime, but protesters continue to fill the square.