Khao Lak is still something of an insider tip, as the major tour operators and the majority of tourists mainly pounce on Phuket. Eighty kilometers north of Phuket there is a true Thai paradise that inspires with breathtaking beauty and a very relaxed atmosphere.

The Khao Lak region is an area that stretches over 25 kilometers on the Andaman Sea and is home to several national parks. Some of these places have retained the charm of yesteryear – others are livelier. But the next dream beach is always within reach.

In the following we present you the most exciting tours, the most beautiful attractions and the best sights in Khao Lak. 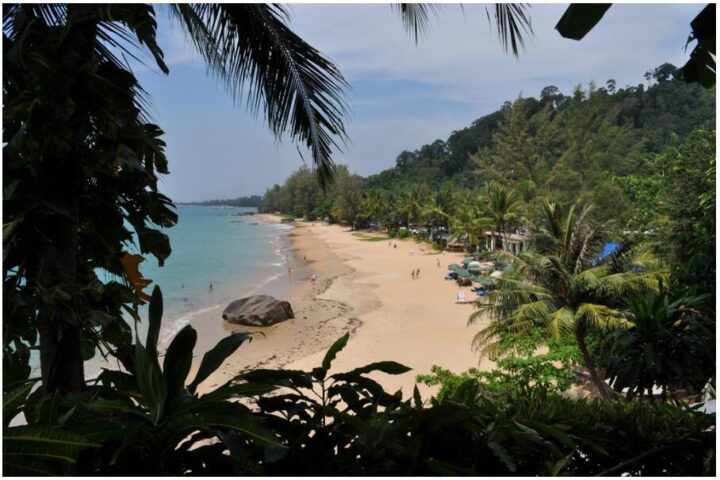 If you don’t visit this stretch of beach on one of the Thai holidays, it is almost always as good as deserted. Coconut palms provide shade there and the authentic restaurants and beach bars have a good reputation. Those who are enthusiastic about longer walks in the white sand will inevitably get to the adjacent Pak Weeb Beach.

Ancient trees shape the image of the Lam Ru National Park, which extends in the south of Khao Lak City over an area of ​​125 square kilometers and invites you to interesting hikes along the paths in the jungle. Huge ferns, wild bananas, bamboo and climbing plants form the exotic backdrop in the park.

With a little luck you will see an iguana there, and if you don’t see the primates in the crowns of the trees, you will at least hear them acoustically. The “Nature Trail” to the romantic Had Lek Beach is only one kilometer long. If you want to hike it, you should have sturdy shoes.

The Bang Niang Night Market is bustling with activity three days a week: Monday, Wednesday and Saturday. However, the word “night market” should not be taken literally, because all goods are cleared there as soon as it gets dark at 6 p.m. The market is located on Phetkasem Road and therefore in the immediate vicinity of a tsunami memorial.

Vegetables, fruit, fish and meat pile up at the open-air stands. But also handicrafts and items of clothing. If you are tired of bargaining, you can indulge yourself in the tasty Thai cuisine in one of the numerous cookshops or refresh yourself with cold drinks in one of the bars on the edge of the lively market. A visit to Bang Niang is one of the attractions of this region.

The temple complex Wat Khuk Khak presents itself as a gem in the exotic green. The trip to Khuk Khak with its eight kilometer long beach is worth a visit alone and make the place an important attraction in Khao Lak. A visit to the small temple Wat Khuk Khak is also recommended.

Colorful Buddha statues point the way to the temple on an access road. The bell tower, which competes in size with the trees in the neighborhood, is particularly eye-catching. Khuk Khak is a young city and consists of seven smaller communities. When strolling through the town, visitors very often come across monks from the nearby temple.

The Similan Islands in the Andaman Sea consist of nine beautiful islands. As a national park, they are all under the protection of the Thai Navy. Three of these nine islands are closed to visitors because there are breeding stations for sea turtles. The Similan Islands are located around fifty kilometers from the mainland, where boats depart for day trips from Tap Lamu Harbor, not far from Khao Lak. The national park is only open between October and May.

This chain of islands is a true paradise for divers, because the sea is so clear there that the underwater visibility is almost always around thirty meters. The spectacular diving areas with tunnel systems and overhangs are called Deep Six, Christmas Point, Elephant Head Rock and North Point. The beaches of the Similan Islands are picturesque, rarely overcrowded and are among the attractions in the Khao Lak area.

An imposing statue in the area of ​​Khao Lak is financed with donations from the population. On the road to Sai Rung, the golden “Big Buddha” rises, officially named Wat Samnak Song Dok Daeng.

A steep staircase leads to it. The impressive statue is a popular photo opportunity for visitors and is one of the popular sights of the Khao Lak region. Out of respect for the locals, however, please refrain from taking silly snapshots with your tongue out or poses that are misleading.

The water masses of Sai Rung plunge into the abyss from a height of altogether sixty meters. You can get here on the road to Takua Pak as well as on smaller side roads. The waterfall is a popular destination for Thai families because it pours into a small lake that invites you to take a cool bath.

But it is above all the scenic charms of the area with its green jungle that make a visit to the Sai Rung waterfall so appealing. Sai Rung is still an insider tip for tourists and that’s why it makes it into the list of our TOP sights in Khao Lak.

The lookout point is relatively easy to find from Khao Lak. The junction from the road is only a few meters away from the Sarasin Bridge. The destination is well signposted. From the Andaman Viewpoint, the visitor is rewarded for the efforts of his journey with a 360-degree all-round view.

Once at the top there is also a good restaurant with a swimming pool. A trip to the Andaman Viewpoint is particularly worthwhile in the afternoon, as this is when the best visibility conditions prevail. A telescope has recently been installed on the small viewing platform so that even more details can be seen.

The Bang Niang Canal feeds this photogenic natural event in the middle of a lush rainforest with an interesting flora. Take a refreshing dip in the main pool of the waterfall.

About a thousand people tragically died here. The center of the memorial is a fishing boat that was washed far into the interior of the country by the sea. A golden Buddha sits there with his back to the sea and looks as if he is watching over the names on the plaque. Even if it is not a place of joy, it is a dignified memorial with a lot of information about the misfortune. 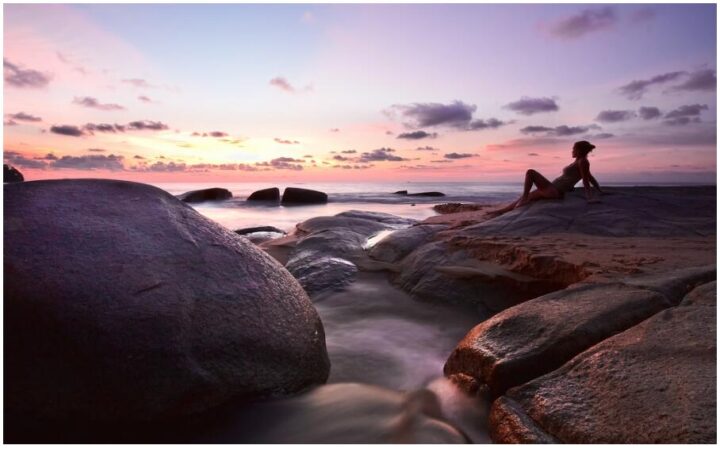