Clan loyalties and a lack of democratic traditions characterize politics in Armenia short for AM by Abbreviationfinder. The president has had the strongest influence in a political system where parliament and parties have been weak. A constitutional change that came into effect gradually until the 2018 presidential election gives Parliament and thus the Prime Minister more power.

The constitutional amendment, which was approved in a 2015 referendum, largely demolished the old and often criticized way of governing the country. The formerly completely dominant presidential post now has a primarily representative role. The opposition claims that the main purpose of the new constitution was that then-President Serzh Sargsyan could maintain his hold on the country through the ruling Republican Party after the end of the 2018 term.

According to the constitution, power is divided between executive, legislative and judicial bodies. The changes in 2015 are intended to correct the imbalance that has prevailed in practice. In part, the president’s power has rested on the military, including the veterans of the war in Nagorno-Karabakh 1990-1994.

The Parliament (National Assembly), which previously had 131 members, has been slimmed down to 101 seats, which in practice, however, can be significantly increased through compensatory additional mandates. Members are appointed from party lists through proportional elections. For individual parties, at least five percent of the vote is required to get a seat in Parliament, while the threshold for election alliances is seven percent. In addition, four places are reserved for ethnic minorities selected from their own lists.

If a party gains more than two-thirds majority, the other parties are allocated extra seats so that the majority of the largest party is reduced to less than two-thirds. If a government cannot be formed within six days after the outcome is complete, a second round of elections must take place within four weeks between the two largest parties. The party that wins the extra election receives so many extra seats that it reaches a majority of 54 percent.

Previously, the president has been appointed for five years in general elections and has been eligible for re-election. As of the 2018 presidential election, the term of office is seven years but no possibility of re-election. The election takes place in an electoral college consisting of members of parliament and representatives of the provincial assemblies. A three-quarters majority is required to be elected. In a possible second round, in which all candidates are allowed to participate, more than half of the votes are required. In a possible third round of elections, only the two main candidates may participate.

The President formally appoints a Head of Government but must appoint the person elected by Parliament. Likewise, the president’s appointment of other ministers is done on a proposal by the prime minister. If a Prime Minister resigns during the term of office, it is the President of Parliament who appoints a new one after consulting the parties.

Armenia’s party system was unstable for a long time, and revolutions are now under way. The parties are usually on the right and their programs are quite similar; politics revolves mostly around party leaders and the big issue that has become partisan is corruption. The choices for independence have always been characterized by cheating and irregularities.

The dominant party – and the first to be registered after independence – has been the Republican Party Nationalist Right Party (Hayastani Hanrapetakan Kusaktsutyun, HHK) since the late 1990s. It is described as a typical post-Soviet power party that permeated the entire public administration. Among the members have been found government officials, public servants and successful businessmen (“oligarchs”) in need of good contacts in the government. HHK has been accused of being thoroughly corrupt, an important reason for the “velvet revolution” that has shaken the party in 2018 and caused it to lose its grip on power.

In 2005, the party A Successful Armenia (Bargavatj Hayastan Kusaktsutyun, BHK) was formed by one of the country’s leading businessmen, Gagik Tsarukyan. He was a business colleague of the then President Robert Kotjaryan. At the 2012 election, BHK became the country’s second largest party by a good margin. It held the position in 2017, then in an alliance with two smaller parties under the name Tsarukyan alliance, likewise in the new election 2018.

The country’s oldest party, founded as early as 1890, is Armenia’s revolutionary federation (Hay Yeghapochakan Dasjnaktsutyun, usually called just Dasjnak). It refers to itself as socialist but at the same time strongly nationalistic. One of its core issues is to have the Ottoman Empire massacre of Armenians recognized during the First World War as genocide (see Older History). The party also advocates the establishment of a Greater Armenia which would include parts of Turkey, Georgia and Azerbaijan. Dasjnak ruled Armenia 1918-1920. It was banned during the Soviet period but kept alive by Armenians in exile. It is still considered to be the party with the strongest support of Armenians living abroad.

In the first years after independence, political life was dominated by then-President Levon Ter-Petrosyan and his Pan-Armenian National Movement (Hayots Hamazgain Sharjah, HHS). The party had liberal values ​​on paper but acted increasingly authoritatively. In the mid-1990s, HHS was Armenia’s largest party. However, its popularity diminished after a stormy presidential election in 1996 and revelations of corruption within the party. Since 2008, HHS has been a member of the Armenian National Congress Alliance (Hay Azgayin Congress, HAK).

Three small parties – the luminous Armenia, the Republic and the Social Contract – entered Parliament in the 2017 election in an alliance called the Way Out. One of the alliance’s most well-known members, the journalist Nikol Pashinyan, emerged in 2018 as leader of a broad protest movement directed against the Republican Party. The events unfolded Republicans’ control over the governing bodies and led to Pashinyan being voted as head of government, supported by several parties in parliament. The campaign name My step has also been used for the alliance.

In 2020, Artur Vanetsyan, former head of the country’s most powerful security service, disengaged himself from Pashinian’s entourage. He has been at the head of a new party, the Motherland, and has demanded Pashinian’s departure. 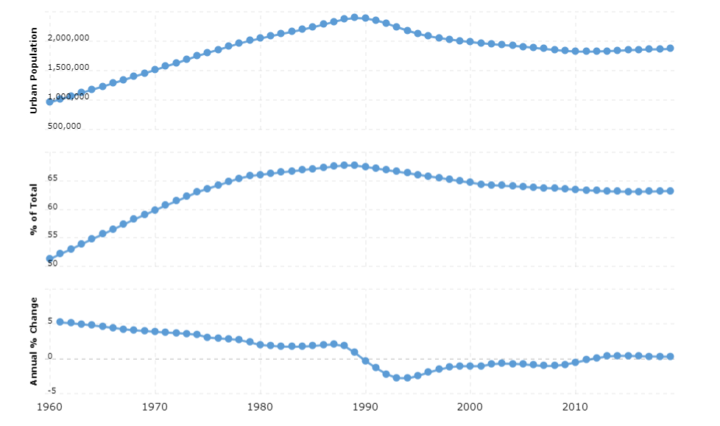